China Will Execute Its Environmental Protection Despite Slowing Economy 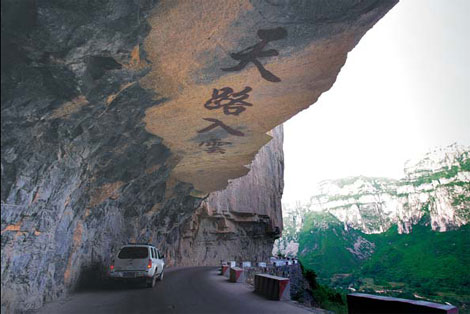 The latest news, including the disappointing economic statistics of China, its first ever bond default and the more slowing of its economy in the coming years predicted by IMF, cast doubts on whether its war against pollution, declared on March 5 in the opening of the annual meeting of National People’s Congress, can be carried out as effectively as planned. But experts say the slowing of the economy is necessary for the economic structure transformation critical to the long-term economic health of China, and the bond default can actually be a good sign that the government is carrying out the reform on credit allocation, and the long-term outlook of economy for China is solid. China is ready to go through the pain of growth to reach the next stage of economy, in which the industrial sector is energy-efficient, the service sector is dominant, and the pollution in the many fronts today would be off the minds of its citizens. China will execute the environmental protection plans unveiled so far, in particular the reform on the criteria for promoting local officials, despite the economy is slowing.

The environmental problems in China are often compared to these in earlier development stages of the current developed countries. For example, most Chinese cities are equal or less polluted than cities in Japan in 1960. And people are hoping China would soon experience the cleansing of the environment, similar to the “Japanese Environmental Miracle” happened from 1965 to 1985. Japan did it because the it reformed the system to make the local concerns matter in the local governments, moved away from coal, and accumulated enough wealth to force pollution control methods in industries. How to make local concerns of environment matter in the local governments is the most difficult challenge for China on its quest to duplicate this miracle.

The efforts from China to diversify its energy sector are evident: its hydro-power is huge and will continue to develop, its plan for new nuclear power stations is the most ambitious in the world, and its investment in renewable energy is far more than any other countries. But coal still accounts for most of its electricity generation and the coal consumption is projected to continue rising this year. To solve the smog from burning coal, China is in the process of closing outdated coal-fired furnaces in power plants and in cement and steel industries, and has been charging forward with new plants for coal-to-gas conversion and new pipelines to transport the synthetic natural gas (SNG) to power plants in urban centers that are retrofired with gas-fuel furnaces. The water-intensive and greenhouse gas-intensive process of SNG means China merely exchanges one form of environmental crisis for another at this current stage. Just to stay focused on smog-air, although China has no plan to part with coal, the result of its SNG plants will cleanse the air, comparable to the result of the energy shift moving away from coal Japan made starting 1965.

In 1965, the GDP per capita of Japan was 25 percent of US of that time. In 2013, the GDP per capita of China was 12.5 percent of US. Although China today is the second largest economy, it is probably not as rich as Japan of 1965 when comparing GDP per capita. China government is undeniably rich, but the wealth accumulated in China may not be as high as that in Japan of 1965, to obligate the pollution control spending. But the most important reason that China does not have good pollution control in its industries is deeply rooted in the disconnection between regulation and implementation. And such disconnection, in turn, has its root in the economic-centered system of local official promotion in China, which the government vowed to reform to prioritize environmental protection. The execution of this reform is critical in the economic structural transformation and it fits the timing of the slowing of economy perfectly.

Regulations for pollution were abundant in China even before the smog in Beijing drew worldwide attention last January. The hierarchy of  power in China, inherited from its development history, determines the ministries of industries are more powerful than the China Environmental Protection Ministry. Leaders of large state-owned companies often have no less power than the supervising environmental agencies. Fines or other types of punishments were infrequent issued, and even if they were issued, the executions were few, because the economic growth, critical to the social stability, triumphs others. The central government has emphasized the importance of environment integrity in promotion system multiple times throughout last decades. President Xi Jinping said last year that the local officials would be accountable for environmental problems, even after they left. The similar message was reiterated at the National People’s Congress, which also plans on toughening punishments, making prosecuting crimes easier, and compensating victims of environmental damages.

Whether this new round of tinkering to the local official promotion system will work depends largely on how to measure the environmental achievements. So far the measurements are fuzzy. The judicial system of China has been under attack for years for not being independent and not granting justices to environmental victims. Fear of lawsuits and large compensations helped industries in Japan to clear up during its environmental miracle, and China has taken steps in this direction too according to its plans released last week. The measurements for environmental well-being must be comprehensive to ensure the success of this war on pollution the central government greatly needs. Lack of democratic election system, the top down promotion system is critical to prioritize environment protection for the benefits of the public and to grant power to environmental protection agencies. China government has its work cut out on its journey to create its own environmental miracle. The execution of its environmental protection will follow the plan and not be affected by the slowing economy.

China Will Execute Its Environmental Protection Despite Slowing Economy added by Tina Zhang on March 12, 2014
View all posts by Tina Zhang →