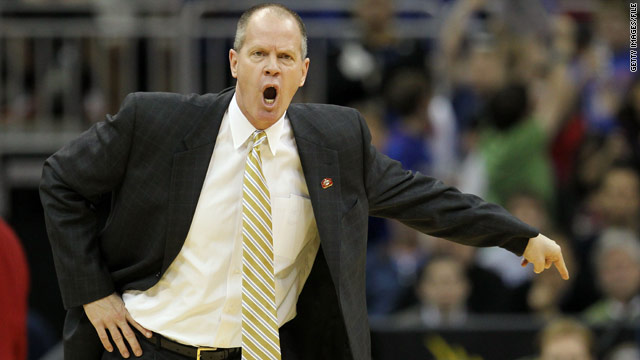 Colorado Buffaloes fans always looked at this year as something of a prelude to next season when they are expecting a top ten type of team if they could convince guard Spencer Dinwiddie from jumping to the NBA. They still expected to be tournament team this season, but Buffalo fans knew something special may lay on the horizon.  Then disaster struck as Dinwiddie, Colorado’s unquestioned leader and best player tore his left ACL on January 11 and was lost for the season. A day later head coach Tad Boyle found out he would lose Tre’Shaun Fletcher for six to eight weeks with a knee injury as well. Boyle’s team persevered through the conference season without their star and got Fletcher back recently but it has been a grind for this team. They should be congratulated for making it to the tournament but it is hard to conceive them making any headway in The Big Dance. On the bright side, it appears more and more likely Dinwiddie will return next season instead of entering the NBA draft.

Who’s Hot: Tad Boyle is hot. Since coming to Colorado he has taken the Buffaloes to the tournament three years in a row for the first time in school history. In just his fourth season, Boyle is now the all time leader for post season wins at Colorado.

Who’s Not: No one on the Buffalo roster is hot at the moment on the offensive side of the floor. Boyle’s squad has had troubled scoring points since the loss of Dinwiddie. If Colorado cannot get to the rim then they have a lot of trouble scoring the basketball and getting to the rim becomes more difficult in the tournament as teams and defenses get better. Askia Booker has been their best bet offensively since the injury and will continue to be throughout the tournament and Boyle’s teams will always hustle and give effort on the defensive side of the ball.

Outlook: As stated earlier Colorado is realistically a year away from doing some damage in the tournament. The injury to Dinwiddie, and a lack of outside shooting that they believe will be rectified next season with incoming recruits has left Colorado nearly helpless on offense at times. This is a young team and a young program that should continue to improve. It just will not be enough for this season. Boyle’s team will be a tough out for anyone though and will make sure whatever team they meet will have to earn a victory.