Crimea to Vote on Split

By Ran Fleming on March 6, 2014Comments Off on Crimea to Vote on Split 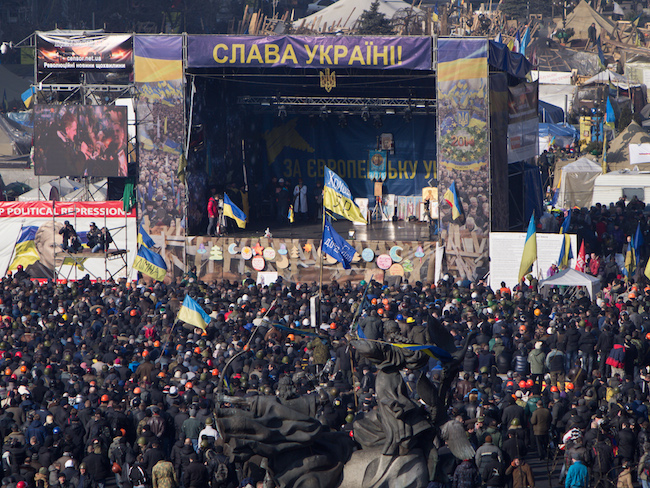 Crimea’s lawmakers are set to vote on March 16 whether the Ukrainian region will split, according to CNN. The crisis started shortly after then-president Viktor Yanukovych fled the capital in the midst of violent protests. Pro-Russian Crimean leaders almost immediately made an announcement that it would cease paying taxes to Kiev, the capital city of Ukraine.

Since then, sabres have been rattled loud and long. Russian forces gathered on Ukraine’s eastern border and began significant military exercises. The Crimean parliament denounced the new Kiev administration, which is headed by interim Prime Minister Arseniy Yatsenyuk. Afterward, several thousands of unidentified forces that Western world leaders claim are Russian military have been observed in Crimea.

BBC News reported that U.S. President Obama and Russian President Putin had a second lengthy telephone discussion today regarding the developments. The first call was made earlier this week.

As the crisis heightened, foreign diplomats and politicians have announced a boycott of the Sochi Winter Paralympics. The sports event starts Friday.

Many world leaders are saying that Crimea’s vote to secede would be a violation of international law. Nevertheless, pro-Russian leaders in the region have elected to put forth the vote late next week.

Within that vote is yet another split. RIA Novosti, a Russian news outlet, reports that the Tartars, an ethnic minority in Crimea, have announced its members will boycott the secession vote. The Tartar leaders are requesting armed UN forces be sent to the area. According to RIA, the population of Tartars there is about two million people which comes out to approximately 15 percent of the population.

The greater part of Crimea’s population, however, are of Russian heritage and are calling for a split by backing next week’s vote.

As the events happen quickly, the U.S. as well as the European Union (E.U.) have made it clear that Yanukovych’s assets will be frozen. Obama has implicitly declared that Yatsenyuk heads a legitimate government. The E.U. has backed Obama by having Ukraine’s PM be a part of its emergency talks among leaders in Brussels, Belgium.

According to CNN, the E.U. has also said it may ban travel regarding certain Russians and has also threatened to not attend an upcoming summit with Russia.

The U.S. has added fighter jets to its Baltic bases even as Russian military maneuvers continue being carried out a short distance from the Black Sea.

Russia has remained steadfast by not recognizing the new Ukrainian government and continues to deny that the armed forces in Crimea are Russian. Accusations from the West have prompted Putin to respond that the Crimean occupation is by pro-Russian forces from within the region.

Crimea is a distinctly peninsular region that controls movement in the Black Sea and is about halfway between Kiev and Sochi. A number of natural gas pipelines from Russia to Europe run through Ukraine. According to the Financial Times, approximately half of the 30 percent of Russian-supplied gas to Europe goes through the currently embattled country.

While gas prices are now on the rise in Europe, it is yet to be seen if Crimea will be allowed to vote on a split from Ukraine.