‘Divergent’ to Crush ‘Muppets Most Wanted’ and Match ‘Twilight’ Opening 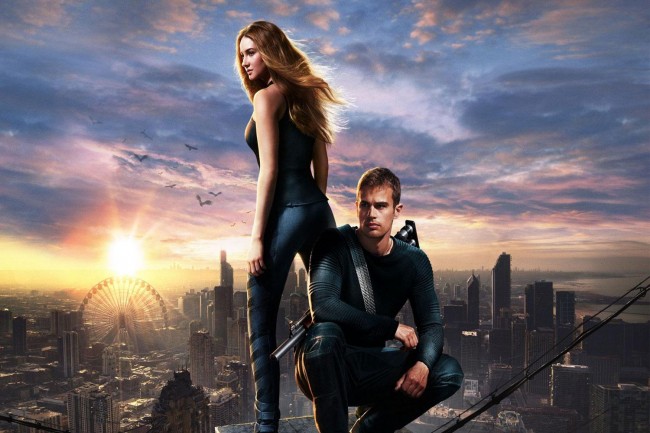 Neil Burger Divergent is currently tracking to be the next big young adult adaptation to grace cinemas. Divergent is expected to crush the competition including the anticipated sequel Muppets Most Wanted this up-coming weekend on its way to matching the first Twilight film’s $69.8 million opening back in November 2008. Some box office analysts are predicting that Lionsgate/Summit’s Divergent will open just shy at sixty-five million for the weekend though they are far from certain.

Based upon the massively popular young adult book series by Veronica Roth, Divergent is set in a futuristic dystopian Chicago where society has been divided into five different factions. When teenagers reach the age of sixteen, they are forced to choose to either remain amongst their faction of birth, or to transfer into another faction. Shailene Woodley plays Tris Prior, a young girl who feels compelled to make the decision to stay with her family in a faction that she knows she is not right for her. Tris ends up making a choice that catches everyone completely off-guard. Tris and her fellow faction-members must then survive through a highly competitive initiation process due to the choices they have made. They undergo extreme physical and intense psychological tests. But Tris has a secret. That she is Divergent, which means she does not fit into any one faction. If anyone knew, it would mean a certain death for her. Tris begins to slowly uncover a dangerous rift that could potentially destroy her entire world. This secret has the power to help her save the people she loves or destroy her. Divergent is directed by Limitless‘s Neil Burger and also stars Academy award winning actress Kate Winslet as the villain. The adaptation reportedly cost Lionsgate/Summit eighty-five million to produce. The studio is feeling so confident about Divergent that they have begun pre-production work on the two follow-up sequels to be released in 2016 and 2017.

While it may not match Twilight‘s opening weekend and is likely to be crushed by Divergent, there is still plenty of anticipation surrounding Muppets Most Wanted. Taking place moments after the successful relaunch in 2011, Muppets Most Wanted has the eponymous characters heading off on a grand adventure across the globe. While on their country-crossing tour, The Muppets find themselves wrapped up in an European jewel heist led by an impostor Kermit The Frog and his evil sidekick played by Ricky Gervais. Muppets Most Wanted also stars 30 Rock’s Tina Fey as well as Modern Family’s Ty Burrell and features a plethora of cameos including Zach Galifianakis and Salma Hayek amongst many others. However, original stars Jason Segel and Amy Adams are not returning for the second trip with their felt friends. Muppets Most Wanted is expected to gross just shy of thirty million for the weekend.

Divergent should not have any problems crushing Muppets Most Wanted on its way to match the original Twilight’s opening weekend. Neil Burger’s Divergent may even be able to hold strong against next week’s competition when challenging autuer Darren Aronofsky releases his adaptation of the story of Noah while Arnold Schwarzenegger stars in End Of Watch writer/director David Ayer’s Sabotage.