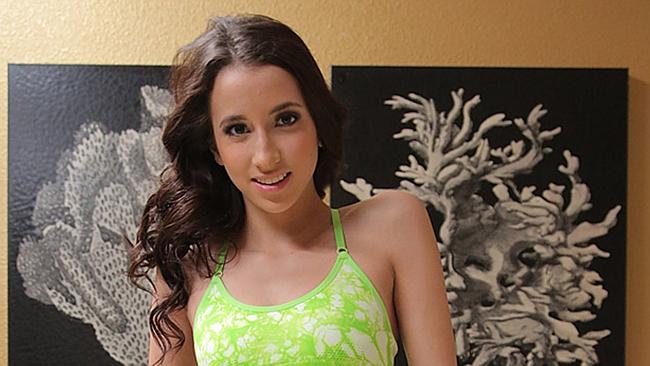 Miriam Weeks, aka ‘Belle Knox’, has made incredible headlines in this past week as the ‘Duke Porn Star.’ That’s right. The 18-year-old from Spokane Washington, who was brought up a devout Catholic, has apparently been watching sexually explicit films since the age of 12.  Out of the need to pay for college tuition, this young lady turned a hobby into a career. Now, raising the stakes a bit, ‘Belle Knox’ will be introducing a line of sex toys to augment her already burgeoning career as an X-rated film professional. Moreover, the porn-enthused Duke student is offering free plastic molds of her own vagina to the Blue Devils if they have a successful run this season.

After taking a leave from North Carolina’s Duke University recently, Weeks is now ready to return to classes this Thursday. After being outed by fellow student, Thomas Bagley, Weeks became the target of numerous threats, including death threats. However, the seemingly brave 18-year-old stated on Tuesday, “I am planning on going back this week.” Not only that, but Weeks appears to be making a comeback from her stint in the shadows with more gusto than before. She has now made TV appearances on Fox News and The View where she openly discussed her proud stance on her decisions to use her sexuality to pay for tuition. She has done tons of press and national appearances, which included a stint at a popular strip club in Manhattan.

‘Knox’ has come under fire by many who disagree with her, ethically and morally. She has faced death threats, petitions to get her expelled from school, and threats of being pelted with refuse. Even Weeks’ parents were allegedly shocked by the discovery of their own child cashing in on sex. Yet since then, they have apparently made the decision to be “supportive.” Perhaps Weeks has garnered some modicum of respect over her impressive entrepreneurial and proactive independence. Her Duke tab was something of a daunting task to the family, but with the success of her porn work, Weeks has now been able to pay for much of her $60,000 per year tuition, with each film appearance she makes topping off at $1,500.