Edward Snowden Urges Web Privacy and Has No Regrets (Video) 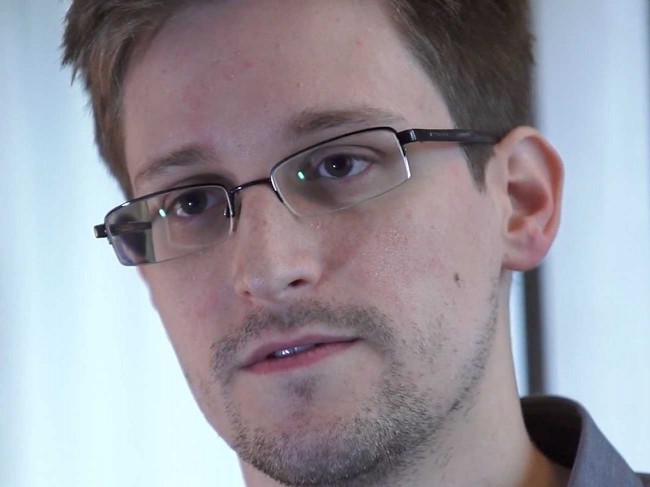 Edward Snowden urged the technology community to take essential strides in securing and defending the online web privacy of users and tells he has no past regrets on Monday, March 10, 2014. National Security Administration (NSA) whistle-blower joined and spoke publicly for the first time to the crowd of 3,500 at the South by Southwest conference in Austin, Texas, from Moscow, Russia, via Google hangout. After releasing the top official secret documents of the United States government, former NSA contractor escaped from US in June 2013, and took a refuge in Russia. He told that the online web communication protection from snoops is responsibility of the tech-savvy group. Extreme intrusion and collection of data by the CIA is unessential.

Snowden said the political legislatures have neglected their effort to pass laws that curtail and monitor NSA surveillance. In the Austin festive conference, Edward explained that the government agencies are burning the future of the online communication through extreme surveillance and collection of the internet and phone activities, which eliminates privacy of the citizens. He urged that web privacy and protection for it is important and folks gathered at the SXSW convention should correct it. He told that he has no regret on leaking the confidential information of the CIA. Moreover, the former CIA employee called the attendees of the festival, “firefighters” that can assist in fixing the government intelligence agencies’ surveillance of the users’ communication.

Snowden commented that the citizens have the absolute right to privacy; hence, the administration spying on communication behavior just for the sake of national security is completely wrong and indefensible. The intelligence agencies are intruding with citizens’ conduct and privacy, which is against the United States Constitution. The Bill of Rights grants privacy right to the citizens specifically without government arbitration.

The former NSA contractor told that his action was true to his oath, and justified leap in defending the Constitution. Edward’s answer was applauded by thousands of gatherers at the Convention Center, in Austin. Apparently, the political and technical initiatives are required to address the confidentiality subject. Public wakefulness, improvised tools about agencies’ surveillance tactics is a crucial element for internet users.

Snowden replied to the questions with confidence without caring about the consequences. He expressed that he did the right thing, and holds no regrets for his decisions of revealing the top secrets on massive surveillance. He said, in-case if he had to do it again, he would not mind repeating the action. He disclosed the official documents that exposed the agencies’ surveillance of the phone and the web.

According to the whistleblower, the average web users need knowledge about online communication protection, which an internet geek might have, and could crack encrypted code, but the public at large lacks it. The World Wide Web creator, Tim Berner-Lee asked Edward question about transforming the surveillance structure of the agencies. His reply to the question was that public oversight is required and government spying should be monitored by policies, and other watchdogs. He also commented that government spying is apprehending the privacy rights of the individual, which is different from other internet snooping.

Furthermore, “we the people…” the Constitution was in the backdrop when Snowden spoke through the video screen at the conference, and additional 40,000 people viewed the online stream. Ben Wixner, Edward’s lawyer, Chris Soghoian, and fellow analysts from the American Civil Liberties Union’s Privacy and Technology Project, hosted Edward’s interview from Russia, via live stream through various screened routers, and Google.

Edward Snowden urged the importance of web privacy, and protection from government surveillance  in his interview broadcast at the SXSW event, and he commented that when it comes to defending and supporting the United States Constitution, he has no regrets. The SXSW event is about ten days long, and is being held in Austin, Texas. Around 30,000 people are gathered for the festival. The festive interaction convention in Austin will end on March 16, 2014. Edward Snowden is considered as a traitor by the US government, however, he is convinced that his move was right.