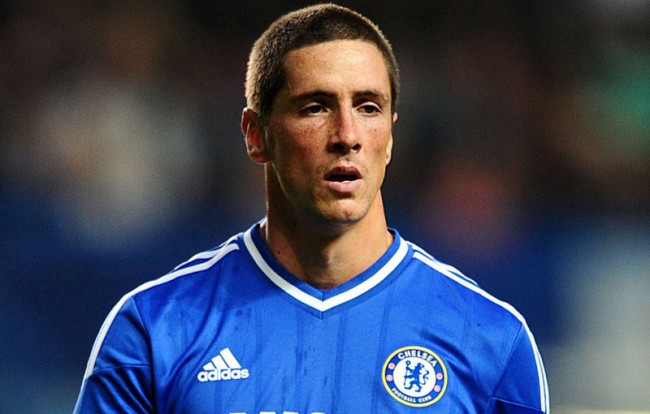 On Tuesday night, Fernando Torres watched from the sideline as Chelsea FC romped to victory against Galatasaray in the Champions League. It was as convincing a display as you could wish to see from a club still lusting after two major trophies this season, and all the more convincing because it was achieved without the input of their most expensive player ever, as he failed once again to meet the standard set by Jose Mourinho for first team soccer.

Cut back to July 2008, and the name Fernando Torres struck fear into the hearts of every defender in professional soccer. The in-form Spanish striker had just returned from Euro 2008 having scored the winning goal against Germany in a thrilling Final, and was preparing for the upcoming season with then- current club Liverpool. His career had peaked, and he was widely regarded as one of, if not the most, talented striker in the game. Many have speculated that, on the basis of this evidence, Torres might still be up there among the best of them should he not have pursued a transfer away from the Merseyside club.

However he did want away from Liverpool, and on Jan. 31, 2011, he finalized a £50 million deal to Stamford Bridge in a transfer that had Chelsea fans salivating at the prospect of seeing one of the hottest players in the Premier League strut his stuff for the blue side of London.

Such prospects unfortunately did not transpire. Torres finally scored his first goal for Chelsea (then under the stewardship of Carlo Ancelotti) after a total of 903 minutes game time, a standard that certainly would not have been accepted by Mourinho should he have been in charge at the time. By the end of the season, that goal remained Torres’ only score line contribution in the 18 games he played for his new club. In hindsight, it was a sign of the dastardly form that would plague the center forward right up to the present day.

This season, Chelsea has played 45 matches, 30 of which Torres has taken part in. He has scored nine goals during this time, a stat simply not good enough for the price Chelsea owner Roman Abramovich paid for him over three years ago. For less ambitious clubs, a striker’s goal tally of just under one in three might be acceptable, but for a team burdened by high expectation, only the best will do and Torres’ recent record in front of goal is an almighty cause for concern.

With the inclusion of both Demba Ba and Summer acquisition Samuel Eto’o proving to be more fruitful than chancing it with an under-performing 30-year-old, he’ll find opportunities to get back on track rather thin on the ground, making his time with the blues more and more uncomfortable.

Unless Torres improves his performances for Chelsea, he might just feel himself forced towards the exit by a less-than-impressed Jose Mourinho, amid a frenzy of speculation asking where it all went wrong with the London club. For now, it looks as though he’ll have to get used to watching his teammate’s bid for success from the vantage point of a subs’ bench.