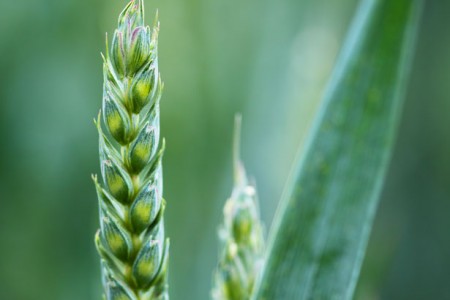 Earlier this year, Congress passed the Farm Bill, which included $8 billion in cuts to the Supplemental Nutrition Assistance Program (SNAP), commonly known as the Food Stamps Program. But a growing number of states are taking advantage of a loophole that could, in effect, restore the spending cut, and result in a showdown with congressional legislators who want to shut the loophole down.

Speaker of the House John Boehner has called the move “cheating” and “fraud” and has called on the House to pass further legislation that would close the loophole and further tighten Food Stamp program eligibility.

Governors are pushing back, claiming that they are acting in order to protect society’s most vulnerable individuals and families during a time of historically poor economic conditions. Other critics of the cuts have said that legislators are out of touch with how people across the country will be affected. In a statement New York Governor Andrew Cuomo said that the state was using the loophole to help the 300,000 people who would be hit by the cuts.

To date, New York, Connecticut, Rhode Island, Pennsylvania, Montana, and Oregon, have taken advantage of the food stamp loophole, which could potential lead to the a showdown. The loophole is in what are commonly known as heat-and-eat programs. The state programs allow residents, who qualified for state-subsidized heating assistance to also qualify for additional food stamp assistance. One of the goals of the program is to help low-income residents avoid predicament of having to choose between paying for utilities or paying for food.

Republicans attempted to save the $8 billion by raising the amount that states needed to contribute to the heating program to $20 dollars per person. In some cases, the amount states needed to contribute was as little as $1. They assumed that, instead of coming up with the extra money, states would simply drop their contribution, reducing the number of people eligible for the additional food stamp assistance.

But in an interview with Politico, Rep. Jim McGovern, who was a member of the farm bill conference committee, called the decision by some states to come up with the extra money, an obvious one. By increasing their heat assistance contribution by $6 million, the state of New York will hold on to $457 million in food assistance. In the case of Montana, an additional $24,000 will stop a loss of $2 million. Other states, including California, Vermont and Wisconsin, are considering taking advantage of the loophole as well. In California, online petitions are circulating, asking Governor Jerry Brown to approve the necessary funding.

The Agricultural Act of 2014 – the farm bill – is a bundle of legislation which Congress reviews and revises about every five years. The bill has large economic and political impact. The bill sets policy on a wide range of issues including national agriculture and nutrition as well as forestry, conservation and international trade. By some estimates, the bill will to cost nearly $1 trillion over the next 10 years.