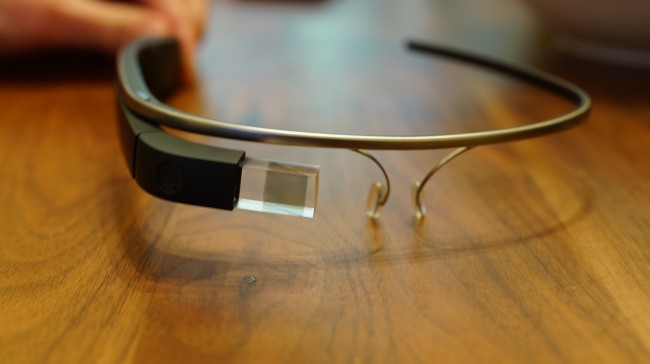 People who wear glasses are a sophisticated bunch. They literally have something on their face that says “I spend so much time reading and looking at computer screens writing code that I have to wear glasses.” People who wear glasses just look smart. That’s why nerds everywhere can be pinpointed just by looking at them. But with the announcement that Google Glass will be partnering with sophisticated fashion designers including Ray-Ban and Oakley, the mystique of nerdiness that the brand had may just fade away.

Nerds do not wear glasses to look cool. Unlike Ray-Ban wearers, who don their shades at the merest hint of sun to show off the fact that they have Ray-Bans, nerds are hardcore 24/7 eyewear users who do not have them on their face just to go with their hipster outfit. And that hipster outfit they are wearing is not vintage. It is what they happened to have on their floor at the time. Nerds wear things like vests and fedoras unironically because they like them, not because it is in style.

So when Google Glass gets attached to what every preppy college hardbody is wearing, nerds get a little down in the dumps. Was not this kind of technology supposed to be for them? Was not this how they were going to take over the world with their intelligence? Google Glass was supposed to let them read anime forums and type code for their new artificial intelligence machine at the same time. It was supposed to make them the most productive smart people on the planet.

Now it seems that Google Glass will just be the next fashion accessory for non-nerds who do not appreciate the full capability of the technology. People will be taking pictures and video or checking Facebook and Twitter instead of doing something brilliant with it. The more hip and trendy Google Glass becomes, the less likely nerds will be able to use it to dominate internet society because they will constantly be interrupted by less intelligent people asking, “I love your frames. Where did you get them? They really bring out your eyes.”

The bastion of technological innovation, the high-powered nerds, are begging Google to keep Google glass nerdy. It should stay nerdy because they are nerdy and they are the ones to whom this truly belongs. It is not about making technology less intrusive in people’s day-to-day lives. Nerds like the fact that they can use technology to keep people at arm’s length. That is why they can usually be found behind a computer screen in their rooms;  writing code, playing online role-playing games, or… other stuff that does not require another human being to accomplish. If Google Glass is not nerdy, then they might actually have to talk to people. That would be terrible.

Nerds do not care that they are stereotyped as all wearing glasses. Glasses are a badge of honor, evidence of the poor eyesight they have earned by hours of typing in the dark because they forgot to turn the light on when the sun went down. Glasses are a way of identifying each other on those rare times they venture out in public. It is the only chance they have to practice the super-secret nerd salute – make eye contact then awkwardly look away and pretend nothing happened.

Google Glass is supposed to be the upper echelon of nerdy glass wearers, the cool kids of nerds who are up with the latest technology. Making Google Glass trendy and fashionable is just an insult to the nerds who have made Google possible with their web searches for killer robot designs, World of Warcraft cheats, and photos of Carmen Electra in a bikini. Which was totally for research, they swear. So nerds are begging Google to please keep Google Glass nerdy. It should stay nerdy because it belongs to them, not those annoying poseurs in American Eagle t-shirts. Please, Google, do not make these cool. Nerds have to have something that only belongs to them.