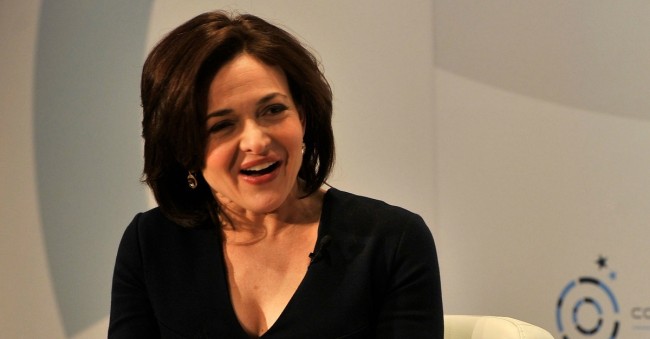 Google’s motto, believe it or not, is “don’t be evil.” However, the court documents recently released during a hearing in which Sheryl Sanberg testified seem to indicate otherwise. Is it possible that the famous Google motto could be completely contradicted by Sandberg’s court confession? Google has been, according to Sandberg, approaching other VIP executives to fix recruiting and hiring practices as well as employee salaries in Silicon Valley. Facebook has come under the gun recently for its own less-than-angelic behavior like spying on its users, but although other Silicon Valley businesses were presumably colluding to avoid recruiting of each other’s staff members; Facebook, Sandberg claims, declined Google’s alleged demand to take part in such illegal activity. Sandberg’s confession comes as a surprise to many, but not to the workers in Silicon Valley who have been affected.

Sandberg, Facebook’s Chief Operating Officer, stated in a court paper unsealed Friday that two Google executives demanded that she restrict recruiting and hiring activities between Facebook and Google. The overall claim implicates Google, Adobe Systems, Intel, Pixar, Apple, Lucasfilm, and Intuit of participating in illegal hiring and staffing activities. The trial is scheduled for May.

In the court document, Sandberg states that she was approached in or around August of 2008 by an executive at Google named Jonathan Rosenberg. He suggested to her that Facebook and Google strike a deal in which they would work together and she would agree to “substantially reduce” the number of worker she hired from Google to work at Facebook.  Anther Google executive named Omid Kordestani also contacted her with a similar request, she says.

Google’s motto of “don’t be evil” often comes as a surprise to many, especially in light of the fact that the company participates in so many activities that govern the internet in general. Now, it turns out that they stand accused of colluding with other technology firms to restrict a free market. If the court documents containing Sandberg’s testimony are accurate and Google is found to be guilty of collusion, then certainly Sandberg’s confession would indicate that Google’s official motto would be contradicted. The findings that they were participating in activities which would clearly limit employees’ ability to earn competitively in the marketplace could be considered to counter their motto “don’t be evil.”

Sandberg says she refused both offers and at no time has she ever entered into any such arrangement with Google. Of course, such an arrangement would be illegal. The claim, which was submitted in 2011 by previous Google employees, implicates Google and  Facebook, among other companies, in purposely restricting the amount of money their workers could make by capping employee salaries and restricting hiring practices. Allegedly, nearly a million employees have suffered reduced wages due to these illegal and, some would say, “evil” activities.

Both Google and Facebook are remaining extremely tight-lipped about the whole matter. They refuse to issue any statements to the media despite numerous attempts to get their side of the story. Google’s motto, “don’t be evil” seems as though it is being completely contradicted by Sandberg’s court confession should that confession be found to be true. Come May, all eyes will undoubtedly be on Silicon Valley as more information is revealed in court.