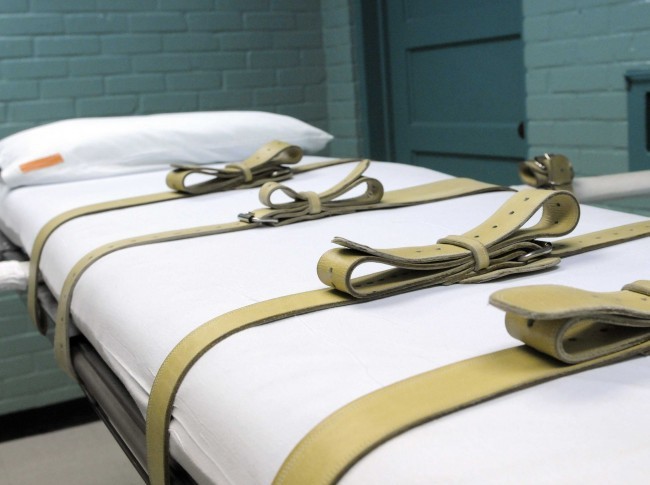 Texas prison officials were ordered to disclose the name of the supplier of a new lot of drugs to be used in lethal injections to the attorneys of two prisoners, Tommy Lynn Sells and Ramiro Hernandez-Llanas, who are scheduled for execution. In addition, the ruling requires that state officials turn over any test results that have been done on the drug’s purity and/or potency to the condemned men.  The judge did not, however, rule that the officials must publicly disclose the information.

The Texas Department of Criminal Justice argued against disclosure, saying that execution suppliers are facing threats as discovered in an assessment by police. The threats, coupled with Internet photos depicting pharmacists who make execution drugs as targets for violence, formed part of the argument against disclosure by Assistant Attorney General Nicole Bunker-Henderson. Although the Attorney General’s office represented the criminal justice agency in this action, they have previously stated publicly that the drug information should be made public.

Because the state’s previous source for execution drugs received threats last year due to the public disclosure of its name, Texas attorneys argued that the new supplier of pentobarbital, which the state uses as a sedative in lethal injections, should remain secret as well.

Phil Durst, an attorney arguing for the disclosure of execution drug suppliers, stated that attorneys of inmates scheduled to die by lethal injection have a right to know from where the drugs are obtained. Durst represents one of the condemned men. The lawsuit claimed that without knowing the supplier of the drugs, the inmates would not be able to properly determine the risk of being subjected to cruel and unusual punishment, which would violate the Eight Amendment of the U.S. Constitution.

The existing supply of pentobarbital is due to expire on April 1, meaning that the new supply source must be ready to go before any executions can be performed. Due to time constraints, the petition, filed on Wednesday, was heard on an emergency basis on Thursday. Sells and Hernandez-Llanas are the first inmates scheduled for execution using the new batch of drugs.

Sells was convicted and sentenced to die on April 3rd for the throat-slashing of two girls, Kaylene Harris, 13, and Krystal Surles, 10, in 1999. Kaylene did not survive. He has reportedly been tied to more than twelve other murders and claims to be responsible for many more. Hernandez-Llanas will face execution on April 9 in the fatal of beating Glen Lich, who owned the ranch near where Hernandez-Llanas worked, in 1997.

The shortage of suppliers has forced lethal injection states to turn to compounding pharmacies, which are not subject to the same federal scrutiny, for the necessary drugs. The new supply in Texas comes from a compounding pharmacy.

Prior attempts to keep execution drug sources private have also been unsuccessful. The Texas Department of Criminal Justice has not stated whether they plan to appeal the ruling.  Texas executes more prisoners than any other state, which makes the recent tide of drugmakers refusing to supply lethal injection drugs to U.S. prison agencies due to their opposition to the death penalty felt much more strongly in Texas. Finding a new source of the drug was essential, but possibly losing the source due to the supplier’s fear of public recrimination means that Texas will resist having to make the source’s name public.

One day earlier, a judge in Oklahoma struck down that state’s law that protects the identity of execution drug suppliers. As that ruling in appealed, executions in Oklahoma may be suspended.