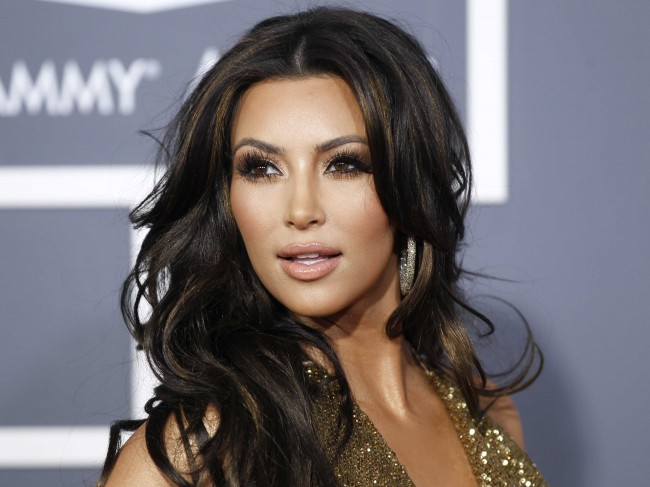 There is a new hidden camera series coming to television and Kim Kardashian is going to be on the premiere episode. Oxygen Media is debuting a new series Celebrities Undercover on Tuesday, March 18.

The show, which was first titled Secret Celebrity, takes celebrities and completely disguises the stars with prosthetic make-up, making it impossible to reveal the celebrities true identity. The changed star then is placed in a situation with fans and friends to find out what the people truly feel about that particular celebrity. An interesting premise and definitely one capable of creating some pretty explosive television.

Wendy Williams, talk show host, is one of the executive producers for the half-hour hidden camera series. This is Williams first with Oxygen Media and the company gave the green light for the show back in June. Williams is now hitting the television and media platforms to start pushing the show and getting the word out. “I’m very excited to be debuting Celebrity Undercover on Oxygen. The celebrities featured in the series,” Williams said, “threw themselves into their undercover roles.” The executive producer explained that the stars had so much fun that this will give the viewers and fans a new perspective and to see the celebrity in a whole new light.

Kim Kardashian is definitely the biggest name on the roster which includes: Fantasia, Lil’ Kim, T-Pain, Joey Fatone, Ice-T, Coco, Adrienne Bailon, Chile and Real Housewives stars, Kandi Buress and Luann De Lesseps. One may wonder why Kim Kardashian is appearing on the show at all but the answer lies behind the scenes.  Oxygen Media is a sister corporation for E! Certainly that is the only reason that KK is on the first episode, and maybe the fact that the reality star also has a fun and goofy side as well. The other celebrity to get completely disguised for the premier is Wendy Williams.

Williams gets disguised and pretends to be a member of the audience in Williams own talk show. Kim Kardashian is planted in a group of fans that are being interviewed to be KK’s new personal assistant. The show definitely has potential for some harsh and “ouch” moments but it also promises to be very entertaining.

Kim Kardashian who stars in the reality hit series Keeping Up With the Kardashians, has been very busy lately and it doesn’t seem to be slowing down soon. KK has become a mother, is planning a wedding to hip-hop star Kanye West in Paris and even rumored to play herself in West’s Yeezus film. A film based on Kanye’s life and sixth album. After appearing in Kanye’s music video Bounce 2, one would think that KK and West had learnt something from that, but that is yet to be seen.

As for Celebrities Undercover, Kim is taking a brave step outside the reality stars protected world and into a very comedic and ‘anything goes’ kind of attitude situation.  Maybe this is what KK needs. A chance to show a side of the star that no one really gets to see; a fun, human side. Either way the premiere of the hidden camera show, Celebrities Undercover, with Kim Kardashian is sure to please.

TV By the Numbers
Deadline
Oxygen