Lobsters May Face Torture When Boiled 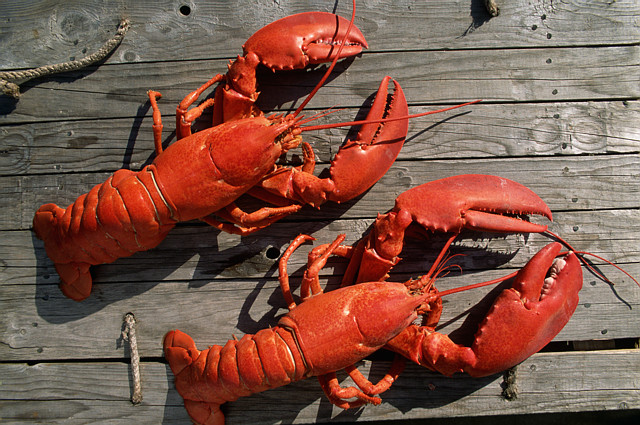 It has long been considered by many that underwater invertebrates, such as crustaceans, do not feel pain. This is mainly due to their lack of a developed central nervous system. Millions of crustaceans, which include lobsters, shrimp, and crayfish, are cooked and eaten by the ton every year. Perhaps, based on recent studies, one may want to think twice before dropping a sea-dwelling arthropod into a scalding pot of H2O. It is now being hypothesized that these low-profile creatures may actually face torture when boiled alive.

In today’s society, there are many advocate groups calling for the humane treatment of animals. However, this concern does not seem to reach into the category of invertebrates such as insects and crustaceans. An international animal law and ethics consultant, Antoine Goetschel, recently referred to this notion by saying, “As long as the common opinion is that invertebrates do not suffer, they are out of the game.”

Robert Elmwood at Queen’s University Belfast performed a recent series of studies on these sea dwellers in order to determine if there is anything to the notion that crustaceans, a group of invertebrates, actually do feel pain. In one example, an astringent was applied to the antennae of prawns. Naturally, the creatures responded by tending to the affected area. However, at first glance, this may seem merely a survival tactic as opposed to a nervous reaction to actual pain.

To further test the theory, an anesthetic was then applied to the damaged area. At this point, the prawns in the study appeared to lose interest in the affected area. This may point to the notion that a reaction to pain, as opposed to simple survival instincts, is at play. In another study, Elmwood used hermit crabs to determine reactions to electric shocks. These crustaceans actually massaged the site of the jolt for an extended period of time, indicating more than just a quick reflex.

Moreover, shocks were used as a deterrent for hermit crabs utilizing specific rocky areas as havens. The fact that these arthropods eventually avoided the areas that led to shock is yet another hint that there may be more going on than just simple reflexes relating to their need for survival. Furthermore, a simple jolt is merely nominal when compared to the way in which humans cook these animals. Lobsters, prawns, and shrimp often face being boiled alive – could this come to be considered a form of actual torture?

With invertebrates contributing to 98 percent of the animal kingdom, these tests bring up another very interesting concept. If crustaceans feel pain, do other members of the species have the same capacity for distress? What about insects, for example?  Many scientists, such as Hans Smid of Wageningen University in the Netherlands, are  “… absolutely convinced that insects do not feel pain,” It has been noted in the past that insects continue to function at a high level while suffering damaged appendages, crushed torsos, and parasite attacks. Some insects will even continue to eat while they themselves are being consumed by a predator.

Meanwhile, Elmwood’s studies may lead to a different approach when it comes to the way society views its exoskeleton “friends” under the sea. Boiling crustaceans alive, such as lobsters and shrimp, has long been the accepted method of cooking them. However, this new evidence may deter one from dropping lobsters into a large pot of boiled water – for these creatures may actually face torture.