Malaysia Airlines Missing Flight Unlikely to Have Disintegrated in Midair 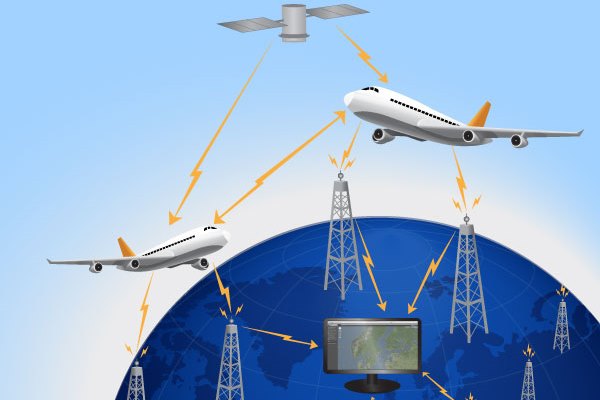 Three days have passed since the MH370 vanished from the radar en route to Beijing and there are still no answers. Deepening investigations following various leads have provided much-needed information but none gathered enough evidence to solve this puzzle. One hypothesis is this Malaysia Airlines flight disintegrated in midair possibly due to a powerful explosion, which ripped the plane into pieces destroying all communication equipment immediately. This indeed can explain why no distress signals, either via verbal communication over radio (known as “Mayday Call”) or via transponder code, were received from MH370 before its disappearance. But a deeper look reveals this midair disintegration hypothesis is unlikely to be the reason for this missing flight of Malaysia Airlines.

An understanding of radar coverage and how airplanes communicate with the system to be shown for air traffic controllers is in great need to demystify the “vanishing act” of airplane the size of Boeing 777. Contrary to what most people think, radar coverage is not universal. The coverage over water in particularly can be patchy. In areas beyond radar coverage, the general rule is to require pilots to report their positions periodically. The disappearance of MH370 may be explained in this way that it failed to send a position update signal after an interval so the only thing known now is its last position. It travels 10 miles per minute and at a height of 35,000 feet, the gliding distance of a plane can be 80 to 90 miles during its fall. These make the identification of the right area to search very difficult.

The proponents of the midair disintegration hypothesis pointed out the Pan Am Flight 103 in the 1988 Lockerbie bombing disintegrated into pieces, due to an explosion in the cargo bay, without sending any distress signals. But there are two factors of MH370, the safety record and the robustness of Boeing 777, standing to hold the integrity of the plane. Introduced in 1995, Boeing 777 has become one of the most widely used passenger jets and has an excellent safety record. The only one fatal crash of this model happened in July 2013 at San Francisco, when a plane operated by Asiana Airlines of South Korea made mistakes during landing and caused three deaths. In the case of a bomb explosion, the Boeing 777, unlike the 747 model of Pan Am Flight 103, is designed to withstand an internal explosion from either a carry-on luggage or cargo bay. The bomb could make a hole in the hull of the airplane but can’t disintegrate it, and the high internal pressure caused by the explosion would be dispersed from the hole, thus keeping the integrity of the airplane. The only way to disintegrate a 777 is to fill the whole plane with high explosives.

Although radio communications on airplane, using low frequencies and capable of reaching very far to either ground stations or satellites, can transmit signal even during its falling to sea level, pilots may prioritize gaining control of the plane over sending distress signal. Informing the ground control of danger will not bring immediate relieve to the problems on the plane in the limited time. In 2009, Air France AF447 crashed into the Atlantic Ocean and sent no distress signals. From the recovered black box, its crew tried a failed attempt to regain the control of the flight during its last three and half minutes. It is possible that the crew of MH370 made the same decision and had no time to send out signals. The observation of a possible course reversal of MH370 on the radar screen rose speculation that its crew may indeed have tried to correct some problems, although some experts were puzzled by such course reversal which is impossible based on the system design of Boeing 777.

After three days of the intensive searching, all of the many sightings of debris in the nearby waters were proven to be not from this missing flight of Malaysia Airlines, making the midair disintegration speculation unlikely to be true. Even with the limitation of radar coverage over water, modern radar technology is advanced enough to detect pieces of debris with the size as small as one meter (about three feet). Although possible, it is hard to believe all pieces of debris are located in areas beyond radar coverage. In the case of AF447, although it took five days to find the main wreckage, a few pieces of debris were sighted the day after the crash. The emergency location transmitter (ELT), designed to switch on automatically following a crash into water and send out signal for 24 hours, is likely to be damaged on MH370, as no such signal was received to help determine the search area. ELT is only audible in limited area, so the searching teams may just not be in the right area to listen for it. There is another possibility that the plane may not be in the water. Northern Malaysia is sparsely populated and covered by thick vegetation, which is included in the search area.

Earlier news reported one passenger on board MH370 was holding a stolen passport of China, in addition to the two passengers using stolen passports of Austria and Italy. Huang Huikang, the ambassador of China in Malaysia, clarified on Tuesday afternoon in a press meeting that there is no stolen Chinese passport involved in MH370, after a thorough investigation in cooperation with Interpol. Photos and fingerprints of these two people with stolen passports were sent to U.S. anti-terrorism team to determine if this lead is relevant to the disappearance of MH370. Malaysia Airlines is heavily criticized for such mishandling of security issue. The travel agent who booked the tickets for these two is identified. She said the route was chosen because it was the cheapest price. More investigations will be underway, while rescue effects are intensified at the same time.

The searching area today is doubted to 100 nautical miles and aircraft and ships from 10 countries are working hard. The Defense Ministry of China on local time Tuesday morning said China will relieve 10 satellites from other tasks to help facilitate the rescue efforts. Experts said MH370 will be found, based on the success of searching for missing flights in the history. AF447 was recovered under the help of technical functions data, which the automatic system of Boeing 777 sent to a maintenance base, and investigators for MH370 may be doing similar things. Even if the fate of MH370 was the same as AF447, the recovery of its black box and the wreckage, due to the shallower depth of water in this region. What happened to this missing flight of Malaysia Airlines will only be known then, but it is unlikely to be midair disintegration.

Malaysia Airlines Missing Flight Unlikely to Have Disintegrated in Midair added by Tina Zhang on March 11, 2014
View all posts by Tina Zhang →