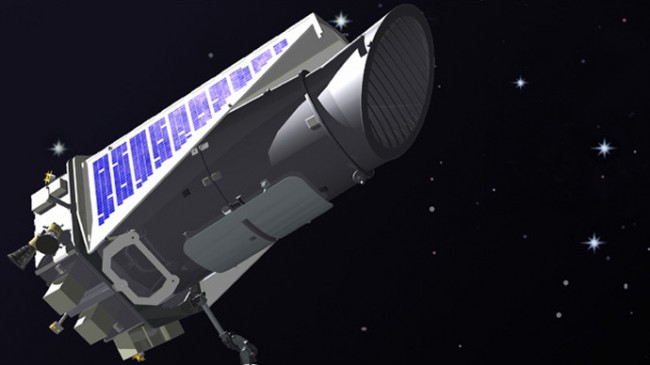 Scientists at NASA have the confirmed the recent discovery of 715 planets.  These planets that NASA has discovered with the Kepler telescope are all  outside of our solar system, and it appears that there are additional planets that can sustain life, as the discovery also includes 4 newly discovered planets. The newly discovered planets are smaller than the earth, but they orbit their stars, just as the Earth does, in a zone that appears  is suitable for supporting life.

The announcement made by NASA on Wednesday Feb. 26, involved some new techniques using the planet-hunting Kepler telescope, which has been in orbit since March 2009. The discovery is seen as a major milestone in exploration and discovery of what scientists refer to as Earth 2.0, and is the largest number of planets that have been discovered simultaneously. Since the telescope was launched, it was used in the confirmation of 246 new planets, and with this announcement the number has now increased to 961.

The new technique involves two years of observations, and is expected to contribute to an increased rate of confirmations. NASA Research Scientist Jack says that after two years of data collection and analysis, from more than 150,000 stars, the confirmed number of planets outside of our solar system is now close to 1700.

The number can be expected to increase as researchers continue to analyze data collected. NASA discovered 715 new planets with the Kepler telescope, by looking at 305 stars, but they may be looking at thousands of potential candidates, with the hope that they may be able to verify the existence of hundreds more that are orbiting the stars.

Because the planets have been discovered outside of our solar system, they are referred to as exoplanets, but the scientists explain that even though they may be outside of our solar system , there are 4 planets that orbit their stars in what is known as a habitable zone. Even though the planets are at least 2.5 times smaller than the Earth, orbiting in the habitable zone implies that they can be life-supporting, as the surface temperatures would sustain liquids such as water, and gravitational forces should also be able to sustain life.

The discovery brings the total number of planets that Kepler telescope has found in zones that can be inhabited to nine, and it also indicates that smaller planets are much more common in the galaxy than first imagined. It is also believed that smaller planets may be more suitable for sustaining life.

NASA scientists hope that this discovery will lead to a resurrection of the Kepler telescope which has been crippled with the failure of with two of its reaction wheels. The Kepler telescope no longer has the strength or stability to detect subtle signals of smaller, rocky planets like the Earth. However the other systems in the telescope, such as the 95-megapixel camera, can still function and are able to make valued scientific contributions in related fields according to Paul Hertz, who is director of astrophysics division at NASA.

The data on the planets 715 planets that NASA has discovered  with the Kepler telescope was collected before the  telescope went  out of commission, and NASA will publish the findings on March 10, in the Journal of Astrophysics.