By Jim Malone on March 21, 2014Comments Off on NCAA Tournament Shy a Cinderella 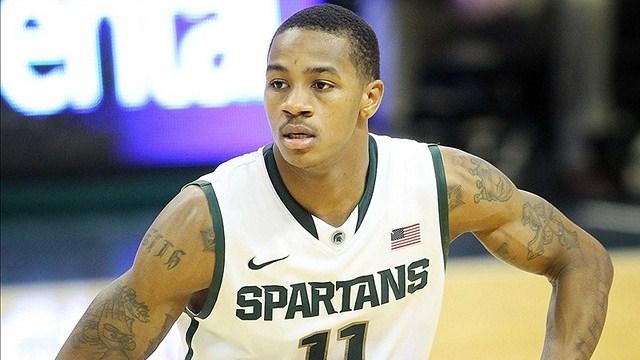 In the first round of the NCAA Tournament, and no it is not the second no matter what they want to call the play-in games, most of the teams that fell put up a fight which was respectable. Clearly, for those picking Colorado over Pitt, it was a choice that should have been made before the seventh beer, but live and learn. Dayton’s win was done with such style, and by so slim a margin, that choosing them to win would not have been an embarrassment. If not for a shot made with three seconds left, it would have gone the other way. With Syracuse advancing and coming up on-deck, however,  it is unlikely that they will see the other side of the round of 32. The play in the final minute to pull out that game, though, ought to entitle those boys to a hero’s welcome when they head back from the tournament just a little shy of NCAA Cinderella status.

The St. Joseph’s game was such a good one, and so hard-fought by both sides, that the disappointment of having picked wrong is somewhat dulled for those that did by the excitement of having watched a great game. Right on through until the end of overtime, it was one that was difficult to look away from. All of the 10-7 match-ups saw the underdogs come up short in a field where many thought they would see upsets, as Texas and Oregon moved on as well. That should be short-lived, however, as all of the two seeds made it through, as well. Villanova, Michigan, and Wisconsin are unlikely to stop there, and each have more than enough to advance to the Sweet Sixteen if they do not get over-confident.

The 5-12 match-ups saw their usual upsets in two of the three games. St. Louis moved on as expected, though it took an overtime effort. They will face a smoking-hot Louisville team in the next round, though, which is likely to roll over them and halt their run.  Betting on Harvard to pull one out for the second year in a row was low-hanging fruit for those who included that choice on their bracket. Of course, facing Michigan State in the next round of the tournament ought to see them wind up just shy of becoming the next NCAA Cinderella. Three-point shots will likely be just a little better defended now that they have shown their hand in the first round. Michigan State, coming off a fairly routine win over Delaware, will take advantage of the propensity for turnovers and not be as forgiving as the Cincinnati boys were.

Not seeing North Dakota State coming, however, caused the top half of the West Region to become this year’s first wasteland of fruitless choices for those who were certain they could not get past the first game. Overestimating Oklahoma was a common mistake this year, and the many who had them pegged to go at least to the Elite Eight saw their brackets wrecked.  With the final game, if anyone picked against Florida to win handily and advance, they deserve to see their bracket busted.

The first day of play saw some upsets, though not many, and few which will likely amount to much. Even with the remaining one seeds falling just shy of the standard set by Florida, the NCAA Tournament boasts no likely Cinderella on the horizon.  It will feature, however, some close clashes among the top teams which are likely to see some giants fall. It will be no less entertaining to see them fall to other giants. It will probably, in fact, be more so.