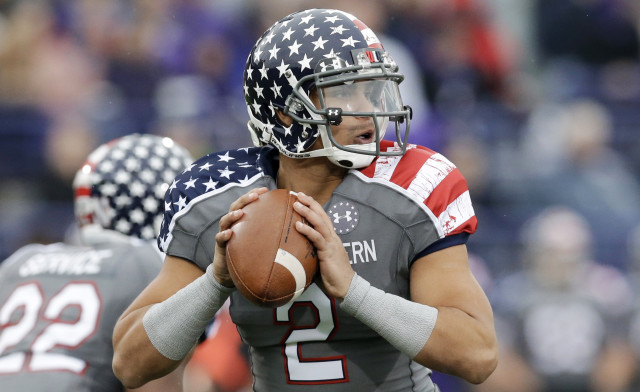 A petition filed by the president of the National College Players Association, Ramogi Huma, representing a group of Northwestern College football players has been decided for the athletes, bringing college athletics one step closer to unionization.  The National Labor Relations Board in Chicago has decided that Northwestern’s football players do, in fact, qualify as employees of Northwestern, and as such, they have the right to form a union.  Written in the decision is a statement by the regional director of the NLRB that says, “I find that players receiving scholarships from the Employer are ‘employees.’” The implementation of the petition’s demands will be postponed pending the appeals that Northwestern has already vowed to file.

By virtue of winning the lawsuit, the players, led by a former quarterback for Northwestern, Kain Colter, have gained higher levels of safety and academic reforms for college football players.  The lawsuit does not provide players with income for playing the sport, but did seek to have college athletes recognized as employees so that both current and former players could benefit from the high revenue stream they provide the colleges in the form of medical expenses for sports-related injuries.  They also asked for more money to be used for scholarships as well as the initiation of a fund that would ensure that student-athletes would be able to continue their educations after their athletic careers have ended.  The petition will mostly affect sports with high revenues, such as football and basketball.

The movement to unionize was initiated by Colter, who contacted Huma.  Huma then met with a group of Northwestern players, some of whom had filed union cards with the National Labor Relations Board already.  The union, named the College Athletes Players Association, is the first college sports union specifically for athletes.  The newly-formed association has the backing of the United Steelworkers, who paid the legal fees for the application to the National Labor Relations Board.

Northwestern’s athletic director, Jim Phillips, spoke out publicly in favor of the players’ actions, stating that the petition only proves that the university had succeeded in teaching principles of leadership and independent thought.  Despite the support of Phillips, Northwestern has vehemently opposed the unionization of its college athletes.

For its part, the NCAA’s Chief Legal Officer, Donald Remy, stated that the players’ efforts to form a union among college athletes does nothing more than distract them from the main goal of college, which is education. Although the NCAA now earns up to $8 billion each year, they have always taken the stance that a degree upon graduating is the only compensation that a student-athlete should receive.

The result of the lawsuit is a surprise given that the officer presiding over the case had previously stated that the case being brought by the players was “weak.”  That said, the decision announced today was decided upon relatively quickly by the NLRB, as the original petition had been filed only two months ago.  The final impact of the decision will only be decided after all appeals are said and done and the final judgement is handed down by the last judge to hear the case.