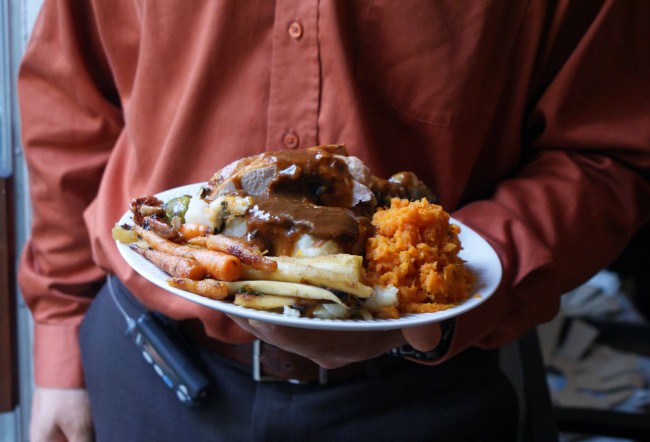 Evidence from a study published in the journal Physiology and Behavior indicates that obese people may require more calories to feel satiated. The assertion that obese people can consume the same amount of calories as a person of normal weight and still not feel satiated could potentially explain how people develop obesity and offer insights into advanced therapies and treatments.

Factors of genetics, environment, and behavior influence how much an individual consumes and how much energy is expended in a day. An important component in establishing this balance is satiation, or the point at which a person does not feel like eating anymore. Satiation is a complexly derived feeling that influenced by chemical signaling and mechanoreceptors. Some of these signals come from the emptying of the stomach’s contents into the small intestine. Evidence for this assertion comes from previous studies in which researchers infused glucose directly into the stomach and intestine. Such infusions suppressed a patient’s appetite, particularly in the case of infusions delivered to the stomach.

In a new study conducted by researchers from Switzerland, researchers sought to further explore the physiological mechanisms that relate to developing feelings of satiation. Subjects were asked to either eat a light meal of eggs, whole wheat bread, and milk which had been laced with 13C-octanoic acid. Once emptied into the small intestine, 13C-octanoic acid is transported to the liver where it is converted into carbon dioxide. Upon exhalation, this carbon dioxide can be detected and measured against the normal levels of exhaled carbon dioxide. Thus, this comparison gives an indication of when the meal was emptied from the stomach into the small intestine, and the rate at which this emptying occured.

Two important results were drawn from this study. First, the evidence suggests that the stomachs of obese people empty slower than those from people of normal weight. This in turn reduces the secreted levels of peptides such as GLP-1 and PYY which normally help induce feelings of satiation. This would suggest that obese people have disruptions in the regulatory systems that respond to food uptake and regulate the rate at which that food passes through the digestive system.

In addition it was found that on average obese people require more calories to feel satiated. Given the previous result, it makes sense that a person who would feel less satiated due to delayed emptying of the stomach would be more likely to consume more calories. Furthermore, this assertion confirms the conclusions drawn from previous studies that indicate that obese people require 225 kilcalories more than their normal-size counter-parts do to feel satiated. Furthermore, obese patients consume these calories at a faster rate. Both a need for more calories and hurriedly eating can contribute further to an obese condition.

The finding that obese people require more calories to feel satiated could potentially lead to obesity prevention techniques and treatment options. Already other studies have indicated that a person’s appetite can be suppressed and meal sizes reduced by pharmacologically accelerating the rate at which the stomach empties. Future studies might seek to address the rate at which the stomach empties into the intestine as a way to cure one of obesity’s underlying mechanical abnormalities.