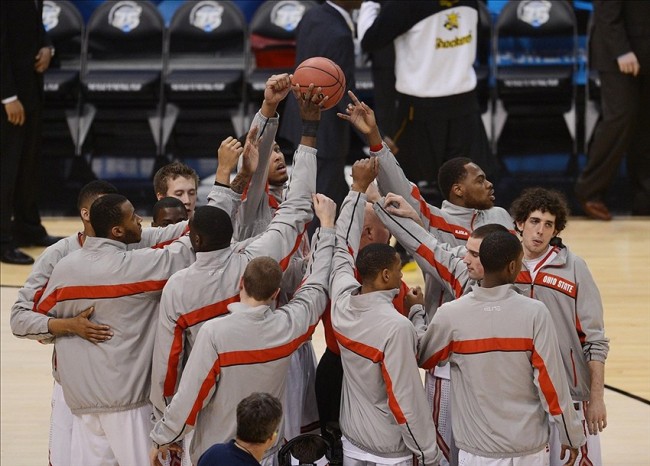 The Ohio State Buckeyes are a solid team, and have been performing well in their division. They definitely have the scoring power to contend with the Big Ten, and beyond. This team has also proven to have good defense, but The Buckeyes can stand to elevate that for future success. With a strong stance from Amir Williams and some help from Trey McDonald off the bench, they can put up a valued effort. Plus, the versatility of their other teammates adds to their success. For example, their lead scorer LaQuinton Ross is having a smashing season, and has continued that into the tournament. With the help of all his key players they have grew a little each game. Furthermore, their 15- game-winning streak from November 9 – January 4th shows a great degree of consistency. Consistency is one of the many important factors to gaining a victory in the tourney. The fact that they display that key factor amidst many others shows their season has prepared them for now. Their preparations have persisted even when competition has risen, in most cases. However, the crushing loss to Michigan, their archrival, was a bitter defeat that left a bad taste in their mouths. After they blew a 12 – point lead it was obvious they lost their rhythm, and this is something they must address. Moving forward Ohio State would have to take this loss and use it as their motivation for the coming season.

Who’s Hot:  Forward LaQuinton Ross and Guard Lenzelle Smith Jr. are the high performers right now. Ross is averaging 15.3 points per game and, also 6.1 rebounds. Smith is following Ross’s performance with a stellar 11.4 points per game. Overall they are in great shape with four out of their starters pulling in strong performances where it counts.

Who’s Not: Ross will need to step up his perimeter game, and Williams will need to keep protecting the paint. One of the noted weaknesses of the Buckeyes is there inefficiency from beyond the arc. Only Sam Thompson has established his outside game. Teams will recognize that weakness and exploit it. Rebounding is another key factor the Buckeyes need to check.

Outlook: The Ohio State Buckeyes have a couple of weapons in Thompson, Ross, and Smith. There ability to score is not at question. There offense is solid, but defense wins games. They have to make some improvements in that department. Therefore, their chances are not high that they will win it all.