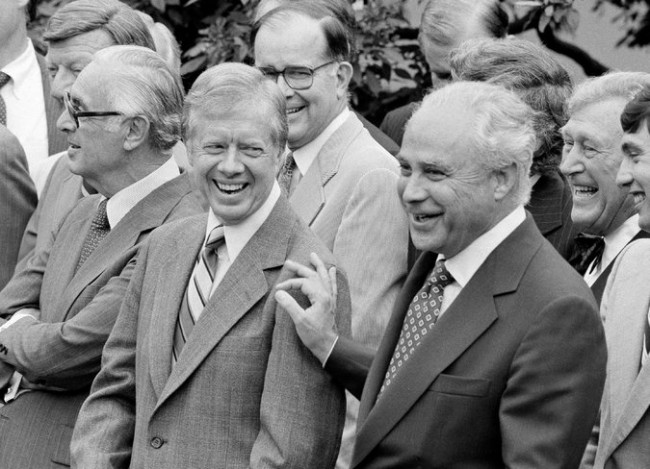 Robert Strauss was a legendary leader to the world of American politics in his own right. From the state of Texas to the prestigious grounds of Washington, D.C., he contributed an enormous portion of his life to the political aspect of the United States in one form or another before his death on Wednesday, March 19, 2014. Born on October 19, 1918 in Lockhart, Texas to parents of Jewish decent, the young Strauss became familiar with the basic principles used for how the vast world of economics should operate while he was working at a general store in Stamford, Texas that was owned an operated by his father, Charles H. Strauss, during the Great Depression era. While Robert was a student in the K-12 public school system in Texas, he always thought of himself as an unsatisfactory student who was not particularly fond of studying. It is particularly ironic that he has expressed his feelings of envy for his fellow classmates of whom he believed to possess much more intellectual knowledge in the subject matters that he seemed to be having the most trouble with understanding. However, his uncomfortable emotional circumstances directed towards his peers is what inspired him to focus on his strengths in order to not focus on what he believed to be his weaknesses. After Robert graduated from the law program offered at The University of Texas School of Law in 1941, all of his energy was put forth into his recipe for self-motivation, coupled with a strong determination to succeed and the perseverance to do so, which would pay off as a motivational legacy the United States Government may never forget.

Throughout his life, Strauss felt he had a strong ability to earn the trust of anyone with whom he came in contact with. His strong personal belief that the best way for success was to earn the confidence of others was by showing he was a man of integrity, and be able to have the capability to prove he was a man of good judgement. At times, when Strauss reflected back to his early childhood days as to whom would he give the most credit to as the galvanizing force behind his motivation to overcome adversity and aim for his goals, he would recall the name of the one woman in his life who gave him the most inspiration; his mother. With the reinforcement of his strong-willed mother by his side, Edith V. Schwarz, Strauss was determined to live up to his mother’s expectations for him in succeeding in the field of politics and diplomacy.

In the long run, all of his mother’s encouragement paid off in his personal quest to make a difference in the history of politics. It was Robert Strauss who used his charismatic demeanor to gain the trust of several politicians of whom turned to him for advice in making major decisions that would impact the government of the United States as well as the world. All the same, Strauss will always be remembered for being the right-hand man for President Jimmy Carter during his political campaign and after the president was inaugurated into office, proving without a doubt that his recipe used to achieve his own personal success did indeed make him one of the wisest men in Washington, D.C.