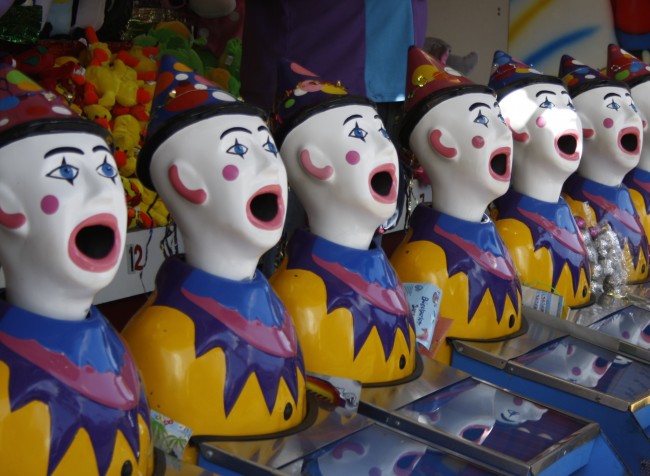 YUM Brands, owners of Taco Bell, announced this week that they had chosen Ronald McDonald to endorse their new breakfast menu. In actuality, they hired a dozen or two of them. As a part of the launch of their new operating hours to include breakfast as part of their menu, men and women across the country were found who had the name Ronald McDonald, or some close variation thereof.

Not related to the competitor fast-food chain of the same name, the ads are aimed at the breakfast menu giant, nonetheless, hoping to take a bite out of their 31 percent share of the breakfast market. The multiple McDonalds were paid for their appearances in the spots being run by Deutsche LA,  chosen advertising agency for Taco Bell, though Brian Niccol, the President of Taco Bell, has been adamant in saying that the endorsement and enthusiasm for the menu from each paid Ronald McDonald was genuine.

With the actual McDonald’s restaurants having so many items which require utensils and plates, once past the supremely popular McMuffin line, the new staples of the YUM franchise menu will apparently be aimed at a more mobile audience. The advertising features items such as a “waffle taco,” pointing out not only flavor, but the supposed lack of mess created by the breakfast sandwich. Niccol, when describing the new menu, said that one of the keywords for the new breakfast concept was innovation, saying that it has been a part of the Taco Bell culture from the beginning.

Though many quick-service concepts have come to the table with forays into the breakfast market in recent years, few have had the success that the golden arches has seen. Though the expansion of operating hours to include breakfast now represents a relatively significant investment in a move into potentially dangerous waters for Taco Bell, Niccol has said with confidence that the company was “100 percent” sure that breakfast was going to provide a positive return for them. He claimed that “money was not a problem” encountered by the company in their breakfast rollout, dismissing concerns that the financial outlay in terms of hiring was a risk without knowing more certainly what type of return might be forthcoming.

The move is generally being seen as a fairly inspired one for Taco Bell, with a simple advertising idea catching on across the web just by the very sound of it. Since early Thursday, breakfast time, the word has been out that someone with the name of a certain clown was having a “Waffle Taco.” The no-mess breakfast may or may not compete with the perennial favorites offered by the actual McDonald’s restaurants, but that the YUM Brands advertisers have found a way to co-opt their marketing machine for their own purposes with targeted efficiency is without question.

Niccol has said that this approach is being done with a “wink and a smile,” but the campaign clearly is a directed assault. With social media as an ally, the buzz has already begun to catch fire despite few having any idea of the actual merits of the product. The food appears not to be the only aspect of the operation with innovation as a hallmark. The battle is uphill, regardless. McDonald’s has a considerable advantage in terms of their current place in the collective American psyche, not to mention the market. That said, choosing Ronald McDonald to represent their new breakfast menu may yet prove to be an inspired move for Taco Bell, just on the very sound of it.