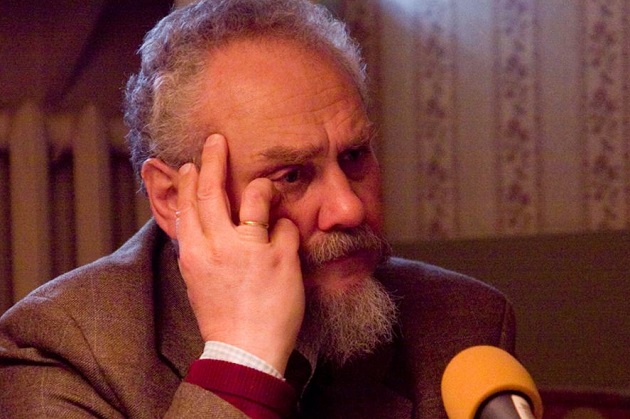 Russian history professor Andrei Zubov was summoned Monday morning to appear at his university’s personnel office, where he was fired for “an immoral act” which could not be reconciled with the profession of teaching. Zubov’s offense was writing an op-ed for the nation’s No. 1 daily newspaper, comparing the actions of Russia’s leader President Vladimir Putin, who bloodlessly annexed Ukraine’s largely Russophone Crimea, with Adolph Hitler, who bloodlessly annexed Germanophone Sudetenland.

Writing the piece was, however, for 62-year-old Zubov, a conscientious exercise. The professor “decided to do a little experiment,” he said, “like a doctor, but on myself.” If Russia were heading toward a dictatorship, Zubov reasoned, the experiment would end, naturally, with his expulsion from the university.

Last Monday morning, Zubov was summoned to the personnel office of the Moscow State Institute of International Relations where he taught history, to be greeted by the school’s vice-rector. No words were offered Zubov. He was handed a letter. He had been fired.

The reason for Zubov’s dismissal was a violation of the state labor code. Point 8, Article 81 deals with the “commission of immoral act(s) incompatible with the continuation of work.” This regulation usually serves to justify dismissals for substance abuse or sexual harassment.

In Zubov’s case, Point 8 , Article 81 was applied to his writing of an op-ed piece which had been published in Vedomosti, Russia’s most respected daily paper, March 1. The piece was titled, “This Has Already Happened.” The subheadline read, “We are on the verge of complete destruction of the system of international treaties, economic chaos and political dictatorship.” The article compared Putin’s actions regarding Crimea in 2014 to Hitler’s regarding Sudetenland in 1938-39.

Zubov warned that Russia was “on the doorstep” of war with their kindred Ukrainians and a sharp deterioration with Europe and America–possibly a cold or even a hot war with these nations.

The idea of a Greater Germany made Germans in 1938 giddy, Zubov wrote. After Germany entered Austria–with the support of the majority of Austrians–Austria was quickly incorporated into Germany, and a vote held retroactively for German reunification with Austria resulted in 99 percent support.

Zubov wrote of the promises British Prime Minister Neville Chamberlain was not willing to make to small states in 1938. He wrote of how Hitler’s glory shone and in Germany “everything seemed so radiant.” And all without shedding a drop of blood. “Is this not the mark of a brilliant Führer?” Zubov wrote.

But six years later Germany was defeated, millions killed and dishonored, cities razed to the ground, cultural values turned to dust, Zubov continued. And “shame, shame, shame covered the heads of Germans. And it all started so radiantly.”

Zubov made note of the reality of the situation for Russian Crimeans, who were not oppressed under Ukrainian rule, and the Crimean Tatars, who were deported en masse in 1944 under the Soviet Union and only began to return in 1988. The Tatars, if they rise to fight, will be joined gladly by Muslim radicals from around the world, especially the North Caucasus and Volga regions, Zubov reasoned.

Zubov made a final point that by acquiring Crimea, Russia would forever lose the people of Ukraine. Russian Ukrainians would never forgive the betrayal. He wrote of the Serbs and Croats, who considered themselves one people, divided only by a border, who strove for unity, and who now, so angry at one another, and with so much blood spilled between them, were bitterly divided, and just for a some pieces of land and some towns. Greed between fraternal brothers of one land had made them enemies, Zubov wrote. Is it worth it, to lose a brotherly people because of ghostly lust? he asked.

Zubov looked to a future continuing the sentiments that Russia had expressed in regard to Crimea. Was Kazakhstan next? Then South Ossetia and Abkhazia, and Northern Kyrgyzstan? as Poland and France followed Sudetenland and Austria? It all started small, he noted.

Zubov closed his piece by warning Russians to cease from involving themselves in “a terrible, terrible adventure.” “Historical experience tells us that nothing would cost so much” as “the promises of Goebbels or Hitler.” He asked Russians to say no, for the peace of their country and for the sake of a revival of peace and amity of its now many divided states, “to this insane and… completely unnecessary aggression.”

Successful in getting results from his experiment, Zubov said of his test, “This Has Already Happened,” “I am afraid, but there are situations in which you have to act, regardless of your own fear.”  He said that he, too old to fight, considered his computer his rifle.