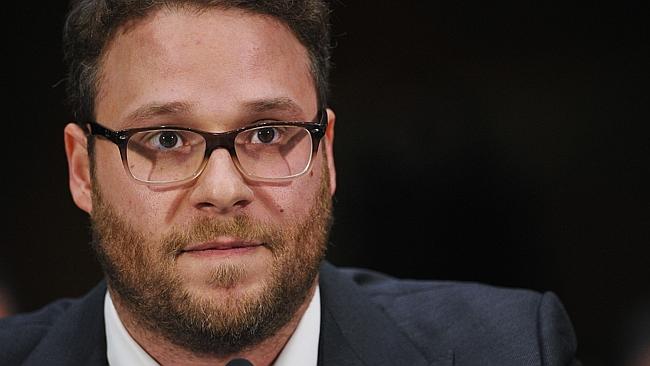 Seth Rogen, the usual funnyman, was not telling jokes when he dissed the Canadian pop star turned bad boy with this tweet “Justin Bieber is a piece of s***.”  That is a very bold statement to say as a public figure, but Rogen is standing behind what he said. That tweet blew through Twitter like a hurricane, gaining 200,000 re-tweets and 170,000 likes. With that astonishing response it is fair to say a lot of people agree with that harsh statement. As of yet there has not been a formal response from Bieber, but it is not expected. This young man has quite a few legal issues to occupy his mind currently.

Some may be wondering when did this whole Twitter war began between Rogen and Bieber. The answer is simple; it never began. This is not a minor social media tiff like many others; Rogen has a genuine issue with Bieber’s behavior. Rogen tweeted this infamous tweet on January 23rd when Bieber got a DUI. Apparently, the This Is The End star was fed up with Bieber’s consistent bad behavior. It just appeared to most onlookers that The Biebs was getting out of control with his actions. Nevertheless, Rogen seemed to be the only one to call him on it.

Rogen said the words some people have only dared to think when he boldly re-stated his famous tweet “Justin Bieber is a piece of s***” on the Andy Cohen late –night show. He was questioned about his tweet by a viewer, and persisted to explain his negative perception of Bieber. In Rogen’s personal opinion, not only is Bieber an unpleasant person, but he is seemingly obnoxious, reckless, unappreciative, insincere, and has overall horrible, dangerous behavior. His explanation does not lack truth, but it is still just his opinion of Bieber’s current indiscretions. Seth Rogen dissed Justin Bieber for his current mistakes. However, that is not what is most important. The focus should be on what is driving Bieber to act out.

Over the past few years, Bieber has been in and out of trouble. It is enough to make people ask questions. This young talent appears to have gone from zero to trouble in no time flat. Bieber has had trouble with his neighbors in Calabasas, CA earlier last year, and the list of troubles grew from there. He was accused of disturbing the peace, vandalism, fighting, more fighting, DUI, and drag racing.

With a recent birthday some are wondering what Bieber has to celebrate? He is legally tied down at the moment, and has been before his 20th birthday. This is what provokes many negative opinions about Mr. Never Say Never.  Therefore, there was no need to even question why Seth Rogen dissed Justin Bieber. Rogen is aware if Bieber’s consistent pattern.

It is kind of hard to believe someone is sincerely sorry for their mistakes if they keep repeating them. That kind of conduct only reflects an individual that is merely sorry they got caught. There is no truth behind it all. Perhaps Rogen’s harsh words will be enough to make the troubled pop star realize his truth, and make changes.