Sharks Surprise Researchers With Their Longevity and Growth Rates 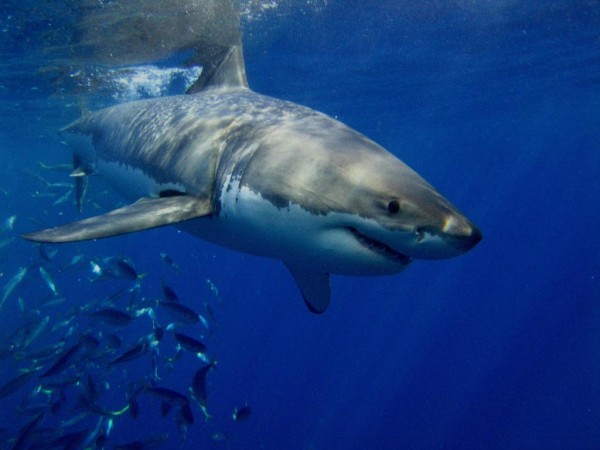 In a recent study on great white sharks (Carcharodon carcharias) researchers made surprising discoveries about the specie’s longevity and growth rates. These discoveries not only offer insight into the mysterious life histories of this species, but also hint that these great predators could be much more sensitive to human activities than previously thought.

Great white sharks are apex predators, and thus are never in great abundance. Because of this, scientists still have much to discover about them. They found most commonly solitary or in pairs, although reports of as many as ten of them surrounding a carcass have been made. They also have an extremely widespread range that stretches throughout the cold temperate and tropical coastal waters of the world’s oceans. In terms of depth, they have been known to breach the surface of the water, but also have been observed as deep as 1,875 meters below sea level. Because of all this, there are many gaps in our current understanding of these animals.

Great white sharks are vulnerable to human activities. Under the IUCN Red List criteria they are categorized as a “threatened species”. Sport and commercial fishers hunt this species for their jaws, fins, and personal aquarium displays. In addition the shark’s preferred inshore habitats are at a high risk of degradation due to human activities. Finally, popular opinion disfavors these animals.

Results from a recent study conducted by researchers from Massachusetts and the Rhode Island have produced surprising evidence that contradicts previous assumptions about the longevity and growth rates of these large predators.

The study was conducted by examining the vertebrate of four male and four female great white sharks. Much like tree rings, a shark’s vertebral growth rings can be counted to indicate age. However the periodicity (the regularity of the layering of these bone rings) was an assumption that was hitherto untested. In the study described, researchers used another method—bomb radiocarbon testing—to examine shark’s growth over time: bomb radiocarbon testing.

The results of the bomb radiocarbon testing indicate that great white sharks may live up to 70 years or longer. Though experts had different opinions on the matter, previously no one estimated that these sharks would live far past 40 years old. Still others had expressed the conviction that a life span more than 23 years would be out of the ordinary. In addition, previous research also indicated that the reproductive years for these predators were between 9 and 23 years old. However if the new reckonings of longevity true, it is possible that this figure may also prove incorrect.

Another surprising find from the study was the extent to which great white sharks exhibit sexual dimorphism in their growth rates. Previous studies revealed that female sharks are larger than male sharks. A female great white can weigh up to 3,000 kg, measure as much as six meters long, and boast a jaw 1.2 meters wide. Augmenting these impressive figures is the new data that also points to a rapid growth rate. Assuming that the bomb radiocarbon testing results are correct, the new data also indicate that females reach these impressive sizes at a rate much faster than their male counter-parts.

These surprising discoveries about the longevity of sharks and their sexually dimorphic growing rates have important implications for understanding the extent to which human activities threaten this species. Currently there is no reliable data on how many great white sharks there are in the world. However it is known that sharks give birth to small litters that contain only two to ten pups. This, in combination with a long life-span and a long maturation period sexual maturity (about ten years) means that shark populations grow very slowly. Because of this, great whites are less able to rebound if their population numbers should decline. This puts them at a greater risk for extinction.

In light of these surprising results about the longevity and sexual dimorphic growth rates of the great white shark, perhaps other accepted data about this species will also need to be revisited. In particular the established population projections and estimations of human impact might be particularly important to reevaluate.