Stacy Keibler Had a Boyfriend? 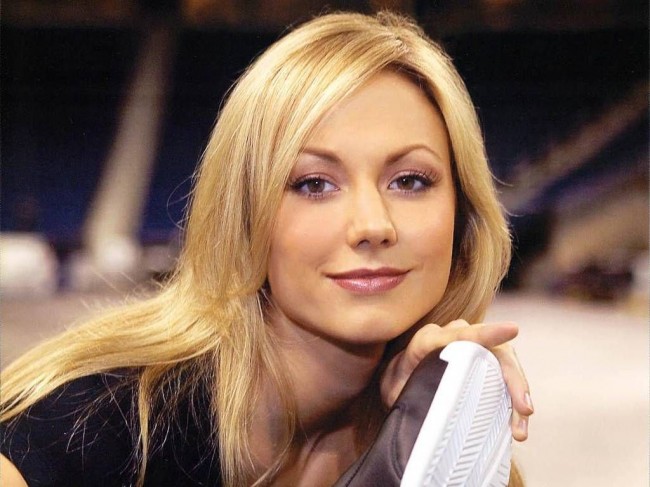 Stacy Keibler, better known as George Clooney’s ex-girlfriend, has married her boyfriend? Keibler married her long-time friend, Jared Pobre. Her marriage was a surprise to many given she is still seen as George Clooney’s ex-girlfriend. According to People, Keibler and Pobre were married in an intimate ceremony in Mexico. The happy couple where also able to surprise their family and friends who joined them on what was meant to be a vacation.

The couple have been friends for years, and only began dating 7 months ago. This came as a surprise given that soon after her breakup with Clooney in July of 2013 she clarified that marriage was not something in her immediate future. Keibler’s denial of marriage desires may have been the reason she lasted two years with Clooney, who is reported to breakup with girlfriends as soon as they push their desires for marriage. Stacy Keibler describes her wedding day to People as a “love day,” a day of intimacy, and a day that celebrated the ultimate bond between love and friendship. According to the Daily Mail, Keibler and Pobre began dating a month after her breakup with Clooney. Pobre is the CEO of Future Ads, one of the fastest growing interactive firms in the country. Their romance has gone almost undetected; she has also been able to maintain a low profile since her breakup with Clooney. Her low profile is the reason the public was unaware she had a boyfriend. Keibler has previously spoken about the hardships of constantly being in the public eye while dating Clooney.

Keibler a onetime wrester is now a television personality. The 5-foot-11-inch beauty was known as “The Legs of the WCW,” for her unusually long legs. She began her successful wrestling career in 1999 after winning a television search for the next Nitro Girl, a dance team in World Championship Wrestling. She then joined the World Wrestling Federation, also known as the WWF. Her most famous role was that of Vince McMahon’s mistress and personal assistant. She left the wrestling association in 2006, when offered the opportunity to participate in Dancing with the Stars. Keibler, a former Baltimore Ravens cheerleader, has also hosted television shows, as well as acted on various prime time television shows. Keibler is also known for her toned physic which has permitted her to appear on various magazine covers, as well as have occasional columns about health and nutrition.

Although she has been in the public eye for over 10 years, she is still known as George Clooney’s ex-girlfriend. Clooney and Keibler dated for 2 years, before calling it quits in July of 2013. They were frequently photographed at red carpet events, and on their many holidays. She has stated on many occasions that the relationship ran its course, and that marriage was the last thing on her mind. Many outlets have also reported that their busy schedules kept them apart, with Clooney filming all over the world and Keibler trying to solidify a career as an actress and host, while also working on the development of a food line as reported by E! Online. But many believe she suffered the same fate as all of Clooney’s previous girlfriends. They want a commitment the eternal bachelor is not willing to provide. Stacy Keibler marrying the boyfriend no knew may may just prove the public right.