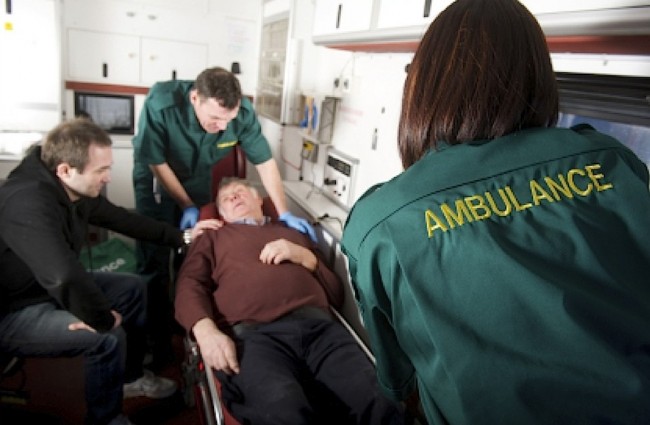 Stoke is the third leading killer among women, and an even greater threat to men. Yet many people still don’t know the warning signs of a stroke, or what to do if one of those signs appears. It is important to remember this about stroke: when warning signs appear, speed is critical.

Among the first warning sign of a stroke are sudden confusion that may appear as difficulty speaking or understanding what others are saying. Trouble seeing in one or both eyes is another tip-off, as is difficulty walking. Dizziness, a loss of balance or coordination are also signs that a stroke may be on the way. A fourth warning sign of a stroke is the appearance of a severe headache with no apparent cause.

A person experiencing any of these signs should call 911 immediately. The sooner treatment begins, the more complete recovery usually is. If someone else is experiencing these symptoms, there is a checklist to run through to determine if help is needed. The acronym of this checklist is F-A-S-T, and each letter has a specific meaning. The first letter, F, stands for face. The person should be asked to smile. If the person has trouble smiling, if one side of the face droops, that is a probable sign of stroke.

The next letter A stands for arms. A person who might be experiencing warning signs should be asked to raise both arms. If one or both arms seem to drift downward, 911 should be called. The next letter, S is for speech. Does the person have difficulty repeated simple sentences? Again, 911 should be called immediately. The final letter, T, is for time. Time is all-important when someone suspects a stroke in him or herself or another person.

When speed of treatment of so important, it is unfortunate that, according to doctors, many people do not even know those simple warning signs. Strokes hit almost 800,000 Americans each year. They kill some 137,000 each year. Many of these people might be saved with the knowledge that with a stroke, speed is critical when warning signs appear.

When it comes to gender differences, strokes affect more men than women by a ratio of almost two-to-one. That changes with age, however, and women are more apt to suffer a stroke in later years than men. After the age of 80, in fact, more women experience strokes than men.

Just how critical is time when it comes to treating stroke? A recent study suggests that saving even one minute in time when treating stroke can result in more healthy days afterward. The study showed that stroke victims gained two days of healthy life for each minute shaved from time of stroke onset to the start of their treatment. Researchers suggest that victims may lose a month of life for every 15 minutes they go without treatment. They refer to the first 60 minutes from stroke onset to treatment as the “golden hour.” They say treatment during that time can result in much better odds of complete recovery.

Experts suggest learning the F-A-S-T checklist and using it when a person thinks a stroke might be on the way. In dealing with a possible stroke, speed is critical when warning signs appear.