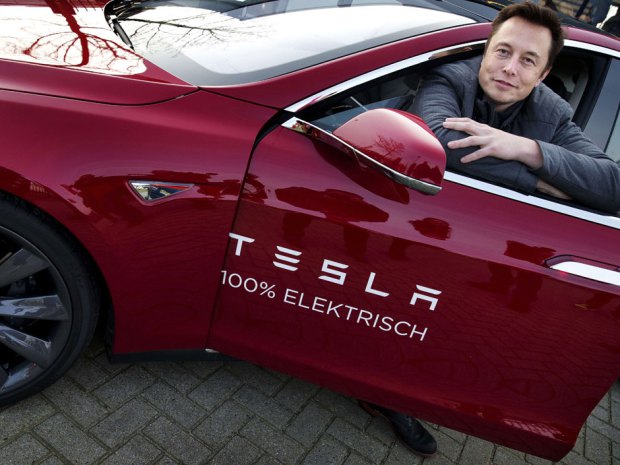 Tesla Motors has recently hit the headlines on account of the booming growth it experienced over the last few months of 2013, but now it seems that the electric cars manufacturer’s road to the attractive New Jersey market will be blocked by a new ruling which de facto banned Tesla from selling its vehicles in the state.

On Tuesday, New Jersey’s Motor Vehicle Commission passed the rule PRN 2013-138 that authorizes car makers to sell their vehicles only through franchised auto dealerships, as traditional big car manufacturers do. The rule will deal a devastating blow to Tesla, the innovative creator of increasingly successful electric sport cars and of a business concept that eliminates middlemen to sell vehicles directly to customers.

New Jersey is not the first state to pass such a regulation, in the past also Arizona and Texas enacted similar law. However, New Jersey, unlike the other two states, is a booming market for luxury cars and being banned from it means heavy losses for Tesla and might jeopardize its growth prospects.

In a post on Tesla Motors’ website, the company reacted to the news criticizing New Jersey’s Governor Chris Christie for not having kept his words about delaying the anti-Tesla regulation in order to allow that “the matter could be handled through a fair process in the Legislature.”

The company also said that the sudden decision of Gov. Christie was an attack both on Tesla and on the right of New Jersey consumers, as well as an “affront to the very concept of a free market,” perpetrated to protect the monopoly of a particular interest group.

Tesla Motors’ post refers to the lobbying pressure that the New Jersey Coalition of Automotive Retailers’ (NJ CAR) is believed to have exerted on Christie’s administration to get him to unilaterally expedite the rule proposal instead of engaging in an open debate at the Legislature. Following the ruling, from April 1 Tesla’s electric cars will be banned from New Jersey’s market.

Gov. Christie’s move is quite surprising because it comes from a man who last week held a speech at the Conservative Political Action Conference in Washington D.C., during which he criticized the Obama administration for its economic interventions that allegedly “create an opportunity problem” by “trying to control the free market.” He then spoke in the name of his fellow Republicans saying that they are “against the cold, hard hand of the government determining winners and losers” and favor instead “a free-market society that allows your effort and your ingenuity to determine your success.”

Unfortunately Tesla Motors’ effort and ingenuity in setting up an innovative direct car sales model that, in the company’s words, would provide “optimum consumer choice for Americans” and educate them “about the benefits of going electric” is for now being blatantly punished.

It is quite curious that the ruling comes just days after Tesla announced the intention of wanting to open a mega factory for the production of Lithium-ion batteries to which Apple might participate. The “Gigafactory” would allow the electric car manufacturer to exponentially increase the production of its vehicles and it is not hard to imagine how much the announcement must have scared traditional franchise retailers and car makers and maybe pushed them to beef up their lobbying activities.

However, according to Business Insider, Tesla might have also been ingenuous in another way. The newspaper reports that from 2003 to 2009 the NJ CAR and its employees made political donations to the tune of $ 696,749 to politicians and campaigns committees in New Jersey, but no donations came from Tesla for politicians in New Jersey.

New Jersey Governor’s decision to pass a rule that will result in Tesla Motors being banned from selling its electric cars in his state is a worrying step and brings to mind of the story of the General Motors EV1, a very successful electric car – and the subject of a famous 2006 documentary – whose promising future was destroyed by powerful interest groups from competing industries in cohort with the Californian politicians.