The Voice: Cee Lo Green Leaves to Pursue Other Opportunities 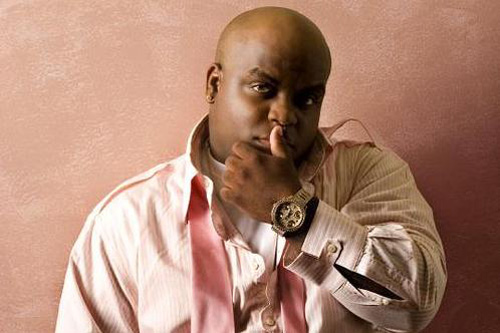 Singer, songwriter, actor and rapper, Cee Lo Green let the cat out of the bag Wednesday on The Ellen DeGeneres Show, he is leaving The Voice. He stated that he would not be returning for another season on NBC’s The Voice.  On the air since April 26, 2011, The popular reality show features a panel of celebrity judges that has included Cee Lo until now. There is not a definitive answer as to why Cee Lo Green truly wants to call it quits; but, he explained that he needed to pursue other opportunities. He maintained that his farewell to the show was amicable and that his relationship with NBC was still intact and that his decision had no affect on his relationship with NBC going forward.

Even though he had briefly left the show early in 2013, the common consensus had been that he was taking a short break.  The star did indicate that he was in negotiations with NBC for a possible talk show and television show opportunity in the near future. There had been no prior mention of his plans to leave permanently. The announcement was surprising to say the very least. Everyone was shocked, including Ellen, who was under the impression that Cee Lo would be taking a break to pursue another music tour and other opportunities.  He further confirmed his intentions, stating to the audience: “I’m not coming back, guys.” He also stated: “I don’t want to wear out my welcome.”

His departure from The Voice is punctuated by the announcement that he would soon release another album- the first in four years. This announcement has been long-awaited by his many fans, who can expect the release in May of this year.  He has enjoyed a successful career as a musician to date. He is well-known for his upbeat music and incredible stage presence, which has generated an enormous fan base.  In addition, Cee Lo has produced many songs and even gained popularity starting in 2006 in the famed duo, Gnarls Barkley which made a name for itself with the song, “Crazy”.

The musician was accompanied on The Ellen DeGeneres Show by fellow guest, Lionel Ritchie, who Cee Lo plans to join for the upcoming tour, called “All the Hits, All Night Long”.  Arrangements have been made to replace Cee Lo and Christina Aguilera, who is also leaving this year. Usher and Shakira are set to take their open slots on the judges’ panel in the upcoming season. Season 6 will begin on Monday, February 24 at 8pm ET/PT.

The future for Cee Lo looks bright as he pursues other opportunities, even though he leaves behind many Voice fans in his wake that will undoubtedly miss his familiar presence on the highly acclaimed reality show.  But for those who have long-awaited his return as a recording artist, the arrival of the new album in May will likely grant Cee Lo Green the opportunity to redeem himself above and beyond his decision to leave The Voice in pursuit of other things.