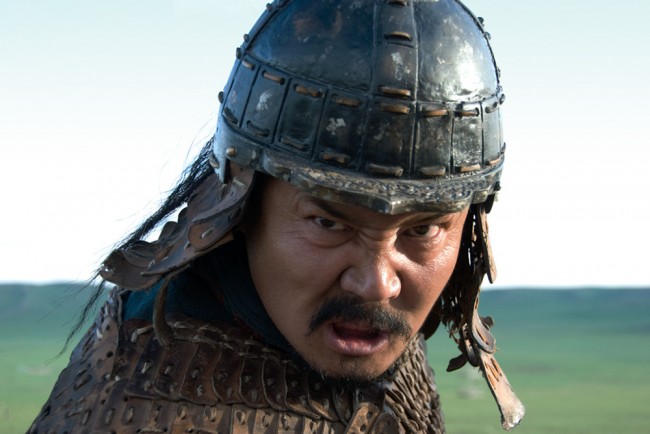 Tree rings prove that Genghis Khan owed his success to grass. Not the kind that you smoke, but the kind that horses and cattle eat. Genghis Khan prospered, in part, because of the pleasant warm and wet weather that prevailed during the period he rose to power in Central Mongolia, 800 years ago, according to a recent study released on Monday in the Proceedings of the National Academy of Sciences of Mongolian tree rings from the era.

The analysis of tree rings in the US study covered a time span of 11 centuries. The relatively dry and balmy weather helped him in the expansion of his empire across Asia, from northern China to the Caspian Sea.

There was a prolonged drought the decade before Genghis Khan seized power, 1180-90, according to the study. In the years from 1211-25, as the empire of Genghis Khan expanded, there periods marked by mild temperatures and extensive rainfall.

As tree ring scientist Dr. Amy Nessl from West Virginia University states, the conditions must have been ideal “for a charismatic leader to emerge out of the chaos, develop an army and concentrate power.”

The period of pleasant though wet weather extended even after the death of Genghis Khan, aiding his son, Ogodei, in expanding the Mongol Empire even further. Parts of eastern Europe were included eventually, as well as northern India, the rest of China, and a lot of territory in western Asia.

The lead author of the tree-ring study was Neil Pederson of Columbia University’s Lamont-Doherty Earth Observatory. Neil Pederson and Dr. Amy Nessl conducted their research on the tree rings of stunted and gnarled Siberian pines they found when they were researching ancient Mongolian wildfires.

The stand of aged pine trees the two researchers focused on was located in the Khangai Mountains. The trees were growing out of cracks in an ancient lava flow.

Trees which grow in extreme conditions such as these grow slower than ones which grow under more ideal conditions, so they are ideal ones for tree-ring scientists to study. A few of the trees the researchers studied were over 1,100 years old. They dated one of the oldest pieces of wood they found to around 650 B.C.

Why were these wet and warm conditions favorable to Genghis Khan?

The researchers suggest that the wetter conditions that existed when Genghis Khan was building and expanding the Mongol Empire likely caused the steppe grasses to flourish. This, in turn, helped to nourish the horses that Khan and his cavalry rode, and the livestock that traveled with them that provided food for Khan’s multitude of troops.

Dr. Amy Nessl and Neil Pederson are now carrying on their studies on the climate during the time when Genghis Khan was expanding the boundaries of his empire. They are now searching for evidence of similar climate conditions in the territories that Khan and his men conquered.

According to Pederson, their preliminary findings of these territories suggest that the climate conditions which contributed to the success of Genghis Khan were having the opposite effect on the lands he and his Mongol horde conquered. They had also undergone long years of drought, but they had not bounced back from those adverse times like Genghis Khan and his men had.

Genghis Khan, the study analyzing tree rings suggests, owed much of his success to grass, which flourished under the warm and wet conditions that prevailed when he came to the height of his power.

The periods of increased rainfall when Genghis Khan ascended to power and built and expanded his empire helped to fuel his war machine by providing food for both his warhorses and his men. The study of tree rings published by Dr. Amy Nessl and Neil Pederson sheds light on how the climate of the period played a large part in the success of Genghis Khan and his son in creating one of the largest empires the world has known.