Amanda Bynes the Weed Made Her Do It 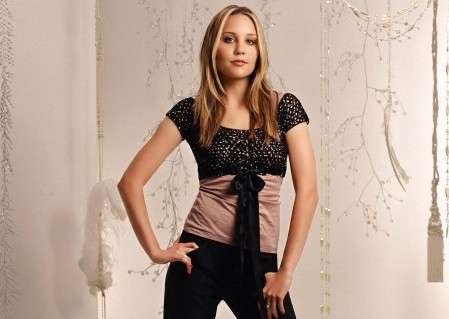 Never mind what the news sites have printed about Amanda Bynes and her mental illness problems, it wasn’t true; it was the weed that made her do it, i.e. misbehave and try to burn down a stranger’s driveway. Last year, Bynes was so out of control that the police put her on a 5150 psychiatric hold for, not only, the public’s safety but for her own. The former Nickelodeon star started a downward spiral that ended with multiple arrests and her incarceration in mental hospital.

The 28 year-old All That star started her increasingly bizarre behavior in 2012. After racking up a couple of driving offences, she began to use Twitter repeatedly. Her tweet rants ran from “crushing” over recording artist Drake, in one tweet she invited the singer/songwriter to “murder her vagina.” When the rapper did not take her up on the offer she went off on a tweet rant slamming the artist.

Later, Bynes apologised for her dissing of Drake and focussed on other celebrities to have Twitter feuds with. Rihanna, Courtney Love, the president and his wife, Jenny McCarthy, RuPaul, Lance Bass, the New York Police Department, and many, many more. 2013 continued with more of the same strange antics and the media of the world rushed to report on her latest incidents.

After being refused entry to a private plane in New Jersey, for lack of ID which prompted the disturbed former star of The Amanda Show to shout at the pilot to “look her up on Google,” she was busted by the New York Police for “smoking marijuana” in her apartment building. She was also charged with tossing her bong out of her apartment window.

Bynes took to Twitter again to accuse the arresting officers of sexually assaulting her, she claimed that the cop “slapped her vagina.” With her problems on the East Coast of America mounting up, along with her tweets becoming more bizarre, she moved back to the West Coast where everything fell apart for the troubled former child star.

Amanda’s tweet rants continued as she claimed that she would become a huge rapper or a rich recluse. She claimed that she never used weed, aka marijuana, and Bynes made sure that her fans knew that she did not do drugs of any sort. Now, after her release from the mental facility that diagnosed her with several mental issues, i.e. bipolar disorder and a form of schizophrenia, she and her mother are declaring that it was pot that messed her up and not a mental illness.

It is the What I Like About You star’s mother who has, apparently, taken her daughter off the medication prescribed by the mental rehabilitation facility and in a case of “mother knows best” she is ignoring the diagnosis of professionals who only want to help Amanda. With this cavalier approach to Bynes’ recovery she could backslide into the type of actions that got her the 5150 hold to begin with. Mrs. Bynes blaming her child’s breakdown on some sort of “reefer madness” flies in the face of the facts.

So presumably, even though Bynes denied using drugs of any sort, it was marijuana that made her attempt to enter a retirement home, where she knew no one who resided in the facility, and later, around the same neighborhood, she set a stranger’s driveway on fire and almost burnt her dog in the process. She left the scene of the crime and was spotted in the employee’s breakroom at a liquor store. As she was leaving the police stopped her and due to her odd behavior was placed on the 5150 hold.

After being under observation, it was determined that her increasingly bizarre traits were part of an on-going mental health issue. She was released from the facility under her parents care. Amanda has stayed out of the limelight and cautiously gotten back on Twitter to thank her fans for their support. Bynes, and her mother, now claim that the troubled former star does not have either bipolar or any form of schizophrenia, it was the weed that caused all her odd behavior and which alienated her friends and resulted in her breaking the law. Hopefully, despite the denial of both Bynes and her mother, she will go back to taking her medication and continue recovering.