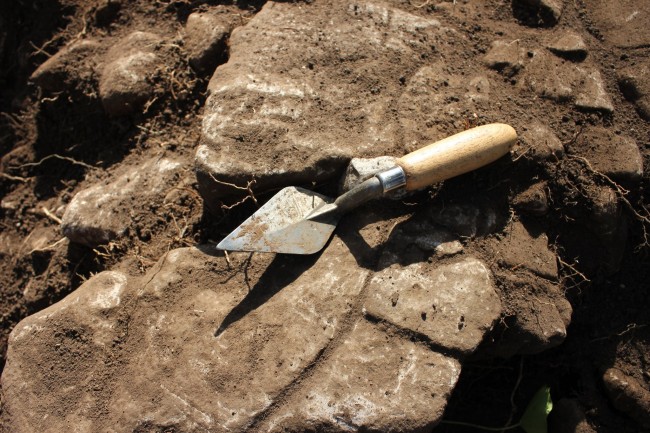 There is a wide collection of job industries that get to enjoy the limelight periodically, and usually archaeology is not one of them. Many teams out in the fields will have to work for days or even weeks to come across a discovery that they will be able to take to the press. Fortunately, the technology industry collides with nearly every other realm of work in the 21st century, and it has lately been aiding the efforts of archaeology as well. The development and easier access of drones has been greatly benefiting applications of archaeology outside of the office, and is changing the face of crime in relation to valuable relics.

The circumstances surrounding the antiques looters in Jordan and other Middle Eastern areas are considerably complex. In many cases, the tomb raiders are digging holes left and right in an effort to obtain artifacts that can be sold to tourists, auctioned off within online markets, or simply retained for restoration and preservation among themselves. In other regions, particularly those that are war-torn, relics are being traded for guns. One reason that such a rapid exchange of these ancient items is so detrimental is that eventually, if the current rhythms are not disrupted, all of the land’s valuables will be gone.

Fortunately, the advent of affordable drone technology for archaeology is altering the situation. Austin Hill, archaeologist and drone pilot from the University of Connecticut, says that drone components only cost about $1,000, especially when self-built. This way, teams of archaeologists can have multiple self-operated drones for the same cost that it would normally take for a manned aircraft to collect identical information. Hill is assisting Morag Kersel, an archaeologist from DePaul University in Chicago, for the next five years in a full survey of looted Dead Sea areas in Jordan.

The Middle East is not the only area where archaeologists are experiencing the great benefits of drones, however. Back in the U.S., researchers are collecting incredible new findings in the Chaco Canyon of northwestern New Mexico. Drones are making it simpler and smoother than ever to access regions of the world that were normally too restricted to reach. The remains of a village called Blue J are about 43 miles south of the canyon, and are over 1,000 years old. The village was all but lost due to plant life and eroded sandstone covering it up, until the 1970s when it was first discovered. Now, drones are using infrared photography technology to capture information and samples of the region that archaeologists likely would have missed out on otherwise.

Archaeologist Jesse Casana of the University of Arkansas noted very proudly that UAVs (unmanned aerial vehicles) are changing the way that archaeological research is being performed. The data being retrieved from some of these initial scientific drone flights in the U.S. are helping archaeologists determine where to set up their camps in the fields before they ever break ground. Such advancements also allow the researchers to create greater efficiency in what types of projects are worthwhile, and which projects can be minimized or skipped altogether.

While drone usage in the name of science is moving forward very quickly, there are a few obstacles that must be addressed before the UAVs will see more widespread use. Since drones have often only been used in the past for political or criminal reasons, the legal standing of scientific drones remains a blank slate. The Federal Aviation Administration plans to have laws in place by next year however, in hopes that not many excavations or projects get delayed or terminated.

The only other major hurdle that drones must overcome is their operational seamlessness. UAV hobbyists note that more often than not, flying a drone will result in it crashing, even with experienced technicians. As the raw materials and software for the technology moves into more effective production, percentages of crashed flights will taper off. In the meantime, archaeologists like Hill, Kersel and Casana will continue to reap the great benefits of drones in their studies.