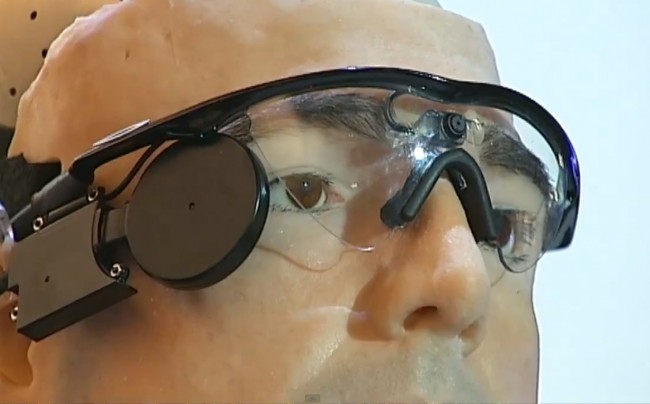 People who have lost their vision due to retinitis pigmentosa now have hope of regaining partial sight, thanks to the development of an artificial retina approved for use by the Food and Drug Administration last year.  The procedure to restore partial vision involves a “bionic eye” implant done as part of a high-tech surgery.  Four patients in the U.S. have undergone the procedure, which is only performed at the University of Michigan Kellogg Eye Center in Ann Arbor.  A fifth surgery is due to take place in May.  The new technology is the result of a study at the Kellogg Eye Center in which a DNA chip, which is used in the surgery, was developed.

Approximately 10,000 people in the U.S. suffer from retinitis pigmentosa, a genetic disease  caused by gene mutations passed on by either one or both of a child’s parents.  The disease causes the loss of the light-sensitive cells in the retina, called rods and cones.  Usually diagnosed in teens and young adults, it is a progressive disease causing loss of night vision, side vision and central vision.  The slow progress of the disease can result in almost total blindness, which usually occurs by the age of 40. Of the total population with retinitis pigmentosa in the United States, approximately 7,500 are good candidates for the surgery, according to Dr. Brian Mech of Second Sight Medical Products Inc. of Symar, Calif., which makes the bionic eye device. In order to be eligible for the procedure, patients must be over 25 years of age and suffer from advanced retinitis pigmentosa that has caused light perception to be reduced to seeing “bare light” or no light in both eyes.

The eye implant works in conjunction with a pair of eyeglasses developed by Second Sight and named the Argus II, which are similar to Google Glass in that they contain a transmitter and video camera inside.  The camera captures images, which are then converted into electrical pulses.  The pulses are sent wirelessly to electrodes which have been implanted on the surface of the patient’s retina. Designed to pass over the damaged photoreceptors in the eyes, the Argus II seeks healthy cells that remain in the retina.  The cells are stimulated by the pulses to send the signal to the optic nerve.  Partial visual function is restored when the optic nerve sends the information to the brain, which is able to translate, recognize and interpret the data, allowing the wearer of the bionic eye to see movement and flashes of light.

The eye implant surgery has been performed dozens of times in Europe over the past several years.  It is expected that the surgery will be just as popular in the U.S., with 12 centers now scheduling consultations for possible candidates.

After a patient receives the bionic eye, regular check-ups and occupational therapy lasting three months is necessary in order to teach new techniques which will allow the patient to take full advantage of the artificial retina.  Patients must also reawaken their visual memory after having had no vision for a long period of time.