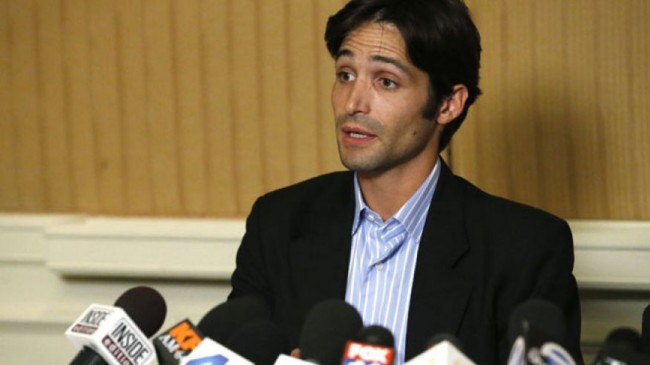 Last week Michael Egan filed a lawsuit against Director Bryan Singer for alleged abuse that took place 15 years ago. In his official statement, Egan gave detailed accounts of sordid parties that took place at Marc Collins-Rector’s home in Encino, and trips to Hawaii, where Egan claims Hollywood bigwigs drugged him and subjected him to sexual assault, rape, threats, and other violence. As Egan’s allegations against Bryan Singer unfold, Egan has filed new federal suits in Hawaii. The three men named in Egan’s new lawsuits are Garth R. Ancier, Gary Wayne Goddard, and David Alexander Neuman, all whom Egan claims took part in the alleged abuse 15 years ago.

Egan’s official statement against Bryan Singer paints a disturbing picture of a group high-powered men in Hollywood who routinely and systematically abused underage aspiring actors during the 1990s. During a recent press conference, Egan’s visibly upset mother, Bonnie Mound, struggled to fight tears back as she explained to the press that her son has kept quiet for so many years due to fear of retaliation from the men if he spoke out. Mound also references a registered letter she wrote to the FBI that went unanswered, and claims She and her son could not find anyone to help them take action. Egan claims he decided to come forward due to advice from a trauma counselor, and because he finally found a lawyer willing to help him. The FBI refused to discuss the specifics of the case, but denied ignoring information about Michael Egan’s case, calling the allegations “ludicrous.”

As the allegations against Singer unfold, the three men Egan has most recently accused of abuse have remained virtually silent. Ancier, and Goddard have not given a public statement regarding Egan’s allegations, nor have they responded to requests for comments from the media. Neuman responded through Twitter, calling the allegations “sickening and very evil … with zero basis in reality or truth.” 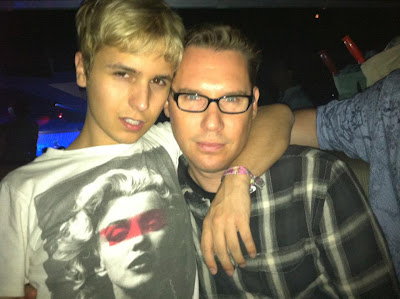 Despite claims that there is “absolutely no truth” to Egan’s accusations, several publications have reported rumors of the Collins-Rector’s house parties. Business Insider claims that Collins-Rector’s parties were a “poorly-kept secret” and that Collins-Rector and his friends would routinely hold parties at his Encino home that “would make Hugh Heffner blush.” TMZ recently reported to have sources who describe weekly parties which recruit very young men … advertising 18 and up” but often attended by minors with fake IDs “along with … very powerful older men.” According to the source, a few young men are selected to attend an after party where “things often swing out of control” and sex is expected. These parties are well within the realm of being legal unless the young men attending are below the age of consent, as Michael Egan claims he was.

Listed phone numbers for Marc Collins-Rector have been disconnected, and reporter attempts to contact him for a comment have been unsuccessful. Collins-Rector has been a listed sex-offender since 2005, when he pleaded guilty to eight counts of luring minors across state lines for sex. An article, which appeared in Fast Company in 2007 reveals the many allegations against Collins-Rector over the years, and alludes to “other highly-placed Hollywood figures” although names are not provided. In the same article, a younger Egan talks about the Encino estate and the many “rules” for the young boys who spent time there. Although Egan does not mention Singer, Ancier, Goddard, or Newman, in the 2007 interview his accounts of the events echo his most recent accusations against Singer. While Egan may have added names to the list of alleged abusers, the events he outlined in his most recent lawsuit are consistent with Egan’s previous accounts of time spent at the Collins-Rector’s Encino estate.

Bryan Singer’s lawyer, Marty Singer claims to have documentary evidence that proves Bryan Singer was never in Hawaii with Egan, adding that Singer was in Toronto working on the first X-Men movie at the time that Egan claims he was attending Collins-Rector’s parties. Singer’s lawyer added that anyone who claims they witnessed Bryan Singer and Michael Egan in Hawaii together “is a bold-faced liar,” adding the possibility of a counter-suit against Egan. Michael Egan’s attorney, Jeff Herman, told reporters that he will be filing more cases for the those who claim they suffered sexual abuse at the hands of Hollywood executives, adding that some of the investigations underway involve present-day activities. Herman has called the unfolding allegations against Singer a “watershed moment for Hollywood,” claiming his first priority is to prevent further abuse of minors at the hands of Hollywood’s powerful elite.