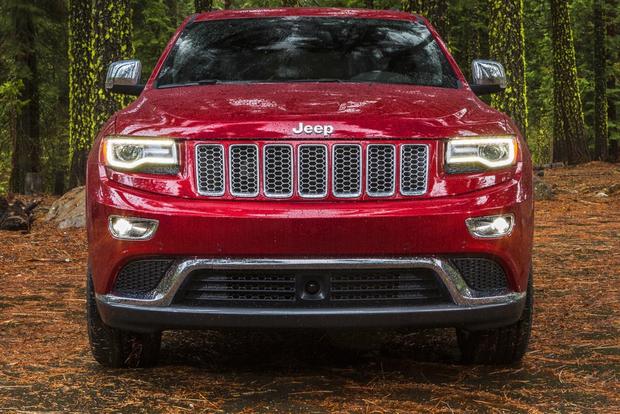 Chrysler, which has been on fire recently, avoids a big pothole in the road today, similar to the one into which General Motors appears to have driven into. The resurgent automaker is recalling 868,000 vehicles for a brake booster problem. The action follows a number of consumer complaints about excessive brake firmness. When brakes pedals are too firm, it becomes more difficult for some drivers to exert the proper amount of brake action to slow or stop their vehicles.

The Chrysler recall affects the popular Jeep Grand Cherokee and Dodge Durango sport utility vehicles manufactured from 2011 to 2014. The recall is intended to identify vehicles whose brake boosters have been affected by excessive corrosion. Defective brake booster units will be replaced, and all of the vehicles in the recall will also be equipped with a shield to prevent any further corrosion damage. No accidents have been attributed to the defects.

Chrysler’s quick action compares well against General Motor’s now-notorious failure to correct an ignition lock issue that may have claimed up to 13 lives since the defect was first identified in 2001. Reports indicate the cost to repair the defect would have been around 57 cents per unit. Now, in addition to recalling 2.6 million vehicles – all of them discontinued models – to retroactively repair the defective ignition switches, GM has also announced a fresh recall for 1.3 million vehicles for a potentially dangerous power steering problem.

March is an important month for auto makes and their dealer networks because, in a normal year, March is when customers shake off their winter doldrums and start coming out of the woodwork looking for new cars. The logic behind this is simple: no one wants to put a new car on the road in the middle of the winter. This year, however, March was plagued by late winter and early spring storms which may have deterred many buyers. As a result, the 13 percent uptick is an encouraging sign for a car maker that has come back from the grave more times than any other company in the auto space.

Chrysler’s performance was helped by having a lineup that includes a large number of winter-worthy vehicles, the kinds of vehicles people go out and buy specifically to play in the snow. Jeep, Dodge, and Ram Truck led the rally, and all three brands fields vehicles in the snow-lovers category. Chrysler Group’s Fiat partner brought in a 24 percent  increase in year over year sales, for its best month ever in the American market.

Jeep notched a 47 percent improvement over last year’s March sales, helped by the strong reviews for the brand’s Grand Cherokee. That is the best month ever for the brand acquired from American Motors Corporation (AMC) in 1986 when the automaker’s former CEO, Lee Iacocca, bought out the ailing AMC for the sole purpose of acquiring the Jeep brand.

The company that was founded by Walter Chrysler in 1925 has proved itself adept at falling into dangerous potholes and working its way out of them again.  Chrysler, the man, was brought into the ailing Maxwell Motor Company to rescue the firm as he had previously rescued Willys, the company that would eventually become the first to build Jeeps.

Chrysler did better than that. He bought out the company himself, renamed it eponymously as “The Chrysler Corporation” and started the process of acquisitions and re-branding that eventually created the second deepest bull pen of brands after General Motors, with Chrysler, Dodge (acquired in 1928), Plymouth, DeSoto, Fargo Trucks (re-branded as Dodge trucks and now marketed under the Ram brand), Imperial, Eagle and now Fiat. The company also owned Lamborghini from 1987 to 1994 and partnered with Mitsubishi to build cars for both companies under the Diamond Star brand. In a strange re-branding decision reminiscent of Kmart’s takeover of the venerable Sears name, Fiat now owns Chrysler Group, but Fiat automobiles are being marketed in the United States as a Chrysler brand.

As a company, Chrysler has been at death’s door so many times the company may want to borrow the phoenix symbol from the now defunct Pontiac Firebird. The 1973 oil embargo hit the muscle-bound, fuel guzzling Chrysler line hard and the trend toward smaller, more energy-efficient vehicles left the company on the verge of bankruptcy when Iacocca took over the reins in 1978. Taking the bull by the horns, as he was known to do, Iacocca negotiated a $1.5 billion loan guarantee from the federal government, which enabled him to stabilize the company.

In 1990, Chrysler tried to avoid another big pothole when Iacocca attempted to negotiate a merger with European car maker Fiat, building on a joint venture that allowed Chrysler to sell Fiat’s Alfa Romeo brand in the U.S. until Alfa bailed out of the American market in 1995.  When that fell through, Chrysler was forced into shotgun wedding with Daimler-Benz in 1998, with Daimler paying $36 billion for Chrysler’s outstanding stock.

By 2007, with the bloom off the rose, Daimler decided to cut its losses by walking away from  Chrysler, selling an 80.1 percent stake to Cerberus Capital Management for $7.4 billion, taking a $28.4 billion loss on the Chrysler brand. The following year, the financial crisis pushed Chrysler to the wall again, only to be bailed out by Fiat, which finally purchased the remaining outstanding shares in January of 2014 for $3.65 billion, operating the new venture as Fiat Chrysler Automobiles.

As Chrysler avoids the big pothole in the road that General Motors just ran into, it’s beginning to look like the arranged marriage with Fiat might just be the match Chrysler always needed.