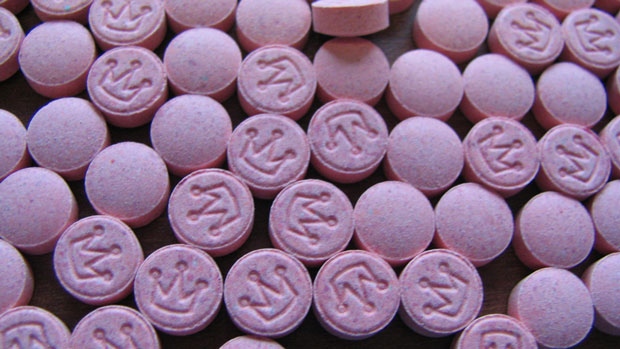 Ecstasy has long been known as a dangerous party drug, difficult to acquire in its pure form, the specific risks are famously fluid. MDMA in its pure form is colloquially referred to as “molly” and with a reputation for raves and untimely deaths, it’s one of the last things that typically comes to mind when thinking of therapy. All of that could change now that recent studies show that ecstasy may have therapeutic value in patients with Post Traumatic Stress Disorder (PTSD) and anxiety.

A double-blind study published in the journal, Biological Psychiatry discusses the use of pure MDMA in 25 patients. The patients were given a placebo and MDMA on two separate occasions during which, they were unaware of which substance they were receiving. Each patient was then given an MRI after both experiences. During the scan, patients recounted the best and worst memories of their lives to date; all experienced their favorite memories in a more positive and emotional state while saying that their worst memories felt less negative. As they spoke, the MRI showed that the MDMA appeared to decrease activity in the limbic system, a series of structures involved in emotional reactions. The scans also showed that MDMA also seemed to hinder the communication between the medial temporal lobe and the medial pre-frontal cortex, areas of the brain that are involved in emotional control. This appears to be the opposite of what is observed in patients with anxiety disorders. Contrastingly, MDMA appeared to assist in communication between the amygdala, the emotional center of the brain, and the hippocampus, which is involved in the forming of memories. Ecstasy or MDMA is often referred to as an “empathogen” due to its ability to increase feelings of trust and compassion towards others in the user.

MAPS or the Multidisciplinary Association for Psychedelic Studies is currently the only organization in the world funding clinical research on the use of MDMA as a therapeutic drug and claims to be in the midst of an eight year, $18.5 million project to turn MDMA into a FDA approved prescription drug for use in PTSD and anxiety patients by 2021. Army veteran, 27-year-old Tony Macie has already seen success with his clinical MDMA use. Macie says that therapeutic use of ecstasy has cured him of his PTSD and even claims that the drug has additionally helped him curb his habitual use of painkillers. Merck’s 1914 patent for MDMA is long gone, which MAPS believes to be the reason behind the lack of interest that for-profit pharmaceutical companies seem to have in the drug. For those interested in learning what the intent of the project is, MAPS’ clinical plan for the future of their MDMA medication can be downloaded from their website free of charge.

With medical cannabis gaining support throughout the country and various parts of the globe, the addition of ecstasy to the roster of previously misunderstood substances may lend a hand to a revolution in the way medical science approaches mind altering substances. Could a better understanding of marijuana and ecstasy (MDMA) lead to a future of new therapeutic drugs and healthier minds?