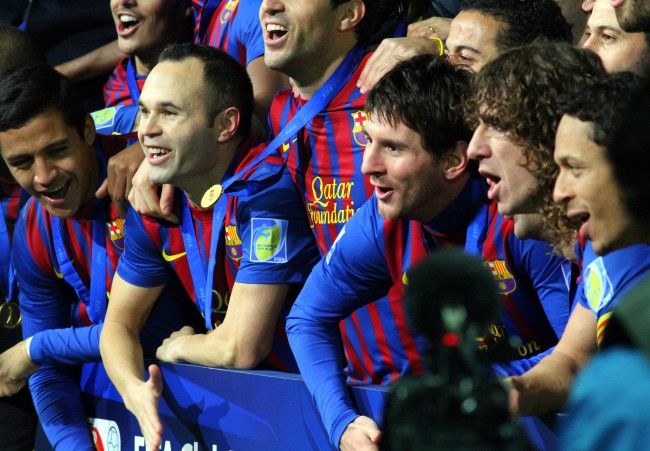 News came down today that FC Barcelona will be handed a 14-month transfer ban after FIFA found that they have not been adhering to rules about the transfers of players under the age of 18. This could be just the beginning of a very tough period for the Catalonia outfit, as this is not even related to the possible sanctions coming for the controversial summer transfer of Brazilian star Neymar. Barcelona will get the chance to appeal this ruling but if the appeal does not go through they will not have a chance to bring in any new players until the summer of 2015.

FC Barcelona has long been looked at as one of the premier organizations in not only soccer but all of sports. However they have been surrounded by controversy over the last few months with the news coming out today and the resigning of club president Sandro Rosell in relation to the Neymar transfer. There has yet to be any decision made in the Neymar case and this transfer ban could be overturned in the appeal process, but neither incident helps the public image of the club.

When looking at the possibility of a successful appeal, recent history is on Barcelona’s side. The last major club to have a similar ban imposed was fellow European giant Chelsea after there were questions asked about their 2007 transfer of forward Gael Kakuta. In similar fashion, Chelsea was issued a transfer ban that would keep them from signing any new players for two consecutive transfer windows, however after taking the case to the Court of Arbitration for Sport their appeal was granted. Barcelona will surely use this precedent when presenting their appeal case and will be hoping for the same result.

If the ban is instituted immediately and their appeal is denied, it will be very troublesome for Barcelona because they have some very big roster concerns that they will need to address in the near future. The biggest issue is at the goalkeeper position as their top two keepers, Victor Valdes and Jose Manuel Pinto, both have contracts that expire this coming summer. The case of Valdes is even more complicated as he just tore his ACL and will be out for at least the next eight months. Current Borussia Moenchengladbach goalkeeper Marc Ander ter Stergen is said to have agreed to terms for a summer move to become Valdes’ replacement but that may now be in doubt. Barcelona was set to spend money in the coming summer at other positions on the field after the announced retirement of longtime captain Puyol after the current season and the lack of quality depth in both the defense and midfield. It will only worsen their predicament if the ban is effective in the summer and one or more of their players sustains a major injury in this summer’s World Cup in Brazil and they have no way of replacing them in the short-term.

On the field, Barcelona has shown no signs of unrest as they recently defeated arch rival Real Madrid 4-3 in a very controversial match. That win moved them ahead of Madrid and into second place in La Liga and only one point behind Atletico Madrid, who they also just tied yesterday in the first leg of their quarterfinal matchup in the Champions League. The return leg in Madrid will decide the tie between them in the Champions League, but Atletico will go into the match with an advantage, having scored an away goal in the Nou Camp. The La Liga title might just come down to the very last match of the season as Barcelona will face Atletico, and if both clubs can continue to win until then that match will effectively decide who will be the champion of Spain.

The next year could look very bleak for Barcelona if this 14-month transfer ban they were handed today is not overturned in the appeal process. Any sanctions given to them relating to the Neymar transfer will just add to their misfortune. How the club handles these two looming problems will go a long way toward showing just how stable of an organization they really are and if they truly live up to their previous public perception of being one of the best run teams in all of sports.