Florida Teacher Fired After Ordering a Hit on Student [Video] 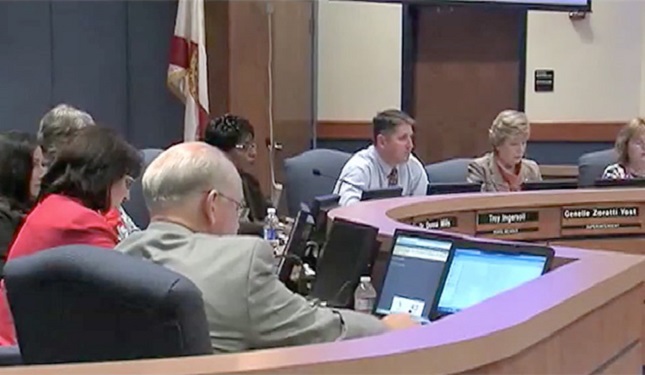 A Florida middle school teacher is out of a job for allegedly orchestrating a hit on a seventh grade student. The student, Radravious Williams, handed his teacher a disrespectful remark in class which prompted Dru Dehart to instruct six eighth graders to jump him. Florida’s St. Lucie County School Board officially fired Dehart after their investigation supported the alleged report.

The incident which occurred on March 20, 2013 was caught by a surveillance camera at the Northport K-8 school. The camera’s footage shows the veteran teacher pointing at the victim and instructing the six students to go after him. Further review of the footage shows the victim down on the floor of the hallway being pounded by a group of boys.

Dehart wanted the boys to teach Williams a lesson after he muttered the words, “I wish I could curse at a teacher” and supposedly threatened her. Dena Sisk Foman, Williams’ attorney, said her client did mutter those words after the teacher instructed him to be quiet but the beating was not warranted. Williams admitted that he disrespected his teacher with his comment but denied ever threatening her. His classmates confirmed Williams’ account of the incident.

The victim’s mother, Latasha Darrisaw, said the students took her son in the hallway, held him down, kicked and stomped him. They continuously beat him as he tried to get away. She then added Dehart said, “I got my eighth grade boys on you; you are not so tough now.”

Dehart taught a critical thinking class which Williams attended. Since his attack he has transferred to another school within the same district. The group of boys, ranging in age from 11 to 15, was once Williams’ friends before being told to teach him a lesson. The victim said he looked at the boys as they approached him and said, “Are you serious?” 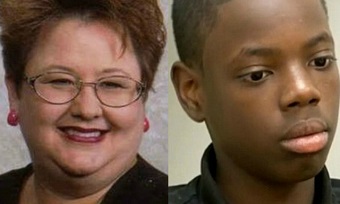 The investigative report from the school district states after the fight Dehart subsequently tracked the students down during lunch in order to “manipulate” their memories. The six students who attacked the victim were arrested later that day. Forman said as far as she is concerned these boys are victims too. They were persuaded by a teacher and then told to have a certain story. She said it makes no sense and is truly unbelievable that a teacher would order a hit on a child.

Dehart requested a special hearing after the incident and was suspended without pay in the fall. According to the law the school could not fire her immediately due to her request for a hearing. The investigation took a year to be completed but the board only took minutes to agree on firing Dehart.

Through the entire situation and when the news came of the firing, according to Williams’ parents, there was no celebration or congratulations for either side. Darrisaw said her son is still suffering and Dehart is too. Of course, as a parent she would like some type of apology, but says perhaps they will get one whenever Dehart is ready. The teacher has not spoken publicly about the incident and has still never offered an apology to Williams or his parents.

A Florida middle school teacher has been fired for allegedly orchestrating a hit on a seventh grade student. Radravious Williams was jumped by six eighth graders after his teacher, Dru Dehart, instructed the group of boys to “get him.” According to Dehart’s attorney, she was not at all surprised that her employment was terminated. The victim has since transferred to another school district; his attorney has confirmed they plan to file a civil rights lawsuit against the former teacher.