Gabriel Garcia Marquez a Look Back at His Literary Life 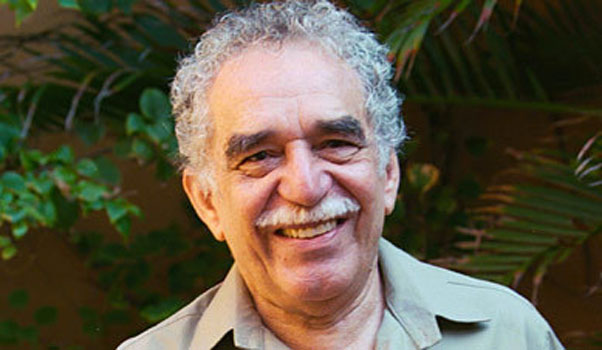 Gabriel Garcia Marquez, the Nobel Prize winning writer, has died in Mexico at age 87. Marquez was the author of the award-winning book One Hundred Years of Solitude, a fiction novel that tells the story of a family over many generations and centers on each descendant’s political and romantic life.  Written in 1967, it became a best seller and still enchants readers today.

Marquez is thought of as a hero to many writers around the world because he started his career as a newspaper reporter, and lived the first part of his adult life in extreme poverty. While not much has changed for newspaper reporters in the last 50 years with regard to living on a pittance, things swiftly changed for Marquez after he mailed One Hundred Years of Solitude to his publisher in two separate packages because he could not afford the postage to mail the entire manuscript at once.

Marquez is thought of as one of the greatest writers of all time, and he helped to advance Latin American literature with the style of magical realism; a genre of fiction that blends fantasy and reality to move the narrative forward. Shockingly, his very first novella, Leaf Storm, almost didn’t make it to the public at all because it was initially rejected by a publisher and Marquez subsequently threw it into a desk drawer until friends of his persuaded him to revive it. Leaf Storm takes place in a fictional town named Macondo—the same name of the fictional town in One Hundred Years of Solitude.

This early work by Marquez, written in 1952, was not a commercial success, and fans who have studied the book say that reading his first attempt at novella-length fiction reveals how skillfully he improved and adapted his techniques, especially the device of repetition, for his later masterpieces. His second novella, No One Writes to the Colonel, was written in 1956 and was followed shortly thereafter with In Evil Hour, which he wrote in 1967. After the publication of In Evil Hour, he published the book for which he is possibly best know: One Hundred Years of Solitude.

The book became an enormous success and a bestseller. To date it has sold over 50 million copies. After the success of One Hundred Years of Solitude, he followed up with a 1975 novel called Autumn of the Patriarch. The book tells the story of a dictator from a firsthand perspective and is divided into six sections. Marquez wove magical realism into every novel he wrote, and Autumn of the Patriarch is no exception. However, amidst the magical happenings in the narrative is a very honest and some would say scathing portrayal of several real-life dictators including Juan Vicente Gómez of Venezuela, Gustavo Rojas Pinilla of Columbia and Francisco Franco of Spain. Marquez blended the stories of these three men into one character, using elements of their lives and imagined internal struggles; most notably battles with the loneliness and desperation that accompany the inner world of singular and brutal leaders.

In 1981, Marquez used his journalistic training and newspaper experience to write a short novella called Chronicle of a Death Foretold. Typical of Marquez’s other novels, events unfold in a non-linear way, and major instances are mentioned suddenly, only to have details revealed at a later time in the narrative. In Chronicle of a Death Foretold, a character is murdered, but the details of the death unfold only at the very end of the story although is it the defining event of the book.

He returned to the subject of love with his 1985 book Love in the Time of Cholera, a novel that centers on two main characters and the story of their romance over many years. As is characteristic of Marquez’s characters, the protagonists fall in and out of love quite suddenly and oftentimes with no warning. Such is the case with characters Florentino Ariza and Fermina Daza, the couple united, torn apart and reunited in old age.

1989 ushered in a fresh return to the subject of politics and leadership for Marquez as he wrote The General in His Labyrinth, a unique mix of genres representing elements of both non-fiction and historical fiction. The book’s main character is real life leader Simón Bolívar, and it chronicles the last few months of his life through a dissection of the character’s personal memories. Because the book blends historical accounts and fiction, the exact definition of its genre is rather difficult to classify, and it caused a great deal of controversy with the public immediately following its release. As with many of his other novels, The General in His Labyrinth jumps back and forth in time and blends elements of magic with true events.

Many consider One Hundred Years of Solitude his best and most moving work. In the book, seven generations of a family move in and out of the timeline of the narrative arc, challenging the reader with Marquez’s signature repetition of names and events. Macondo, the fictional town, is said to representative of Columbia, and the book is perceived by many as a sort of “Bible” of Latin American culture and history told from a fictional perspective.

Besides his novella and full length novels, Marquez also wrote several collections of short stories and was a prolific non-fiction writer. His death today marks the loss of a brilliant writer; a hero in the literary world and a beloved husband, father and friend.