Google Self-Driving Cars to Roll on Roads by 2020 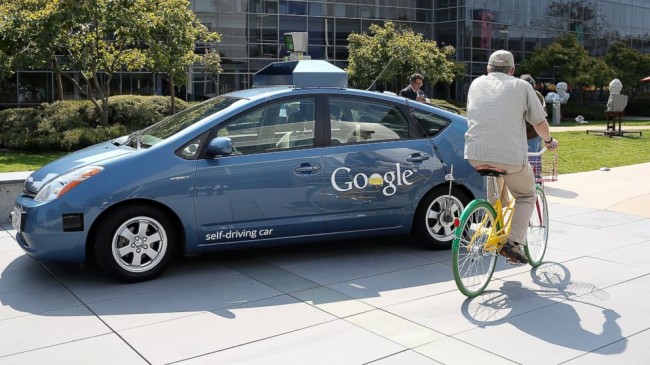 Google has been hitting the streets for seven years, driving around neighborhoods in the United States and Europe to provide users with a visual map of the world around them through Google Street View.  Now the tech giant is generating quite a bit of buzz as it embarks down a new road with its self-driving cars. Google self-driving cars are expected to roll across U.S. roads by 2020.

Yes, self-driving cars are becoming a reality, and one that is projected to grow exponentially once the technology becomes commercially available over the next decade.  Google is one of the trail blazers–better yet–road pavers in this emerging market.

A self-driving car is exactly what it sounds like it is.  It is a motor vehicle that drives itself around autonomously, and the director of Google’s self-driving car project says its cars have mastered 700,000 miles on freeways without accident (although a safety driver sits in the car just in case).  For the past year, testing has shifted gears to the more complex, less-predicable landscape of city streets.

The “car-bots” can actually “read” stop signs and differentiate between hundreds of objects and thousands of traffic situations, including bicyclists and railroad crossings.  As with any pioneering technology, there are still kinks to work out before Google can churn out self-driving cars to roll across the nation’s roads by its projected 2020 timeline.  Developers are still working on perfecting the self-driving car’s capacity to master merging, lane changes, and traffic rules such as right-on-red.  Also still needing improvement is the car’s ability to handle safe driving in hazardous weather conditions.

Some benefits of this technology, aside from giving motorists a chance to relax, include promising public safety improvements.  According to Brookings Institution, a non-profit public policy research organization, motor vehicle accidents accounted for 33,000 deaths in 2012, which averages out to just over 90 deaths per day.  Many of these accidents are caused by human error, or in other words, distracted drivers.

Egil Juliussen, a principal analyst at IHS Automotive, said in a statement that self-driving cars will allow accident rates to plummet to almost zero.  Aside from a decline in accident rates, Juliussen also stated that traffic congestion and air pollution could also see declines, because self-driving cars can actually be programmed to drive more efficiently.

IHS predicted in January 2014 that self-driving car sales will skyrocket once introduced to the general public, reaching an estimated 11.8 million by 2035.  Further, IHS predicts that all cars will be self-driving vehicles by 2050.

Naturally there are several suppliers that want to get in on the ground level.  Aside from Google, companies like Nissan, General Motors, Ford Motors and Tesla Motors are all developing self-driving car technology in anticipation of its projected widespread debut in 2020.

Despite some amazing prospects of the new driving technology, there are certainly fears and concerns that go along with it.  In the case that a self-driving car is responsible for an accident, there are questions about who would be liable.  In the foreseeable future of self-driving cars, people would likely be required to be at the helm of their operation for safety purposes.

Nonetheless, Brookings Institution said last week that it believes overall liability concerns will not cripple the future of self driving cars.

“The United States has a robust products liability law framework that, while certainly not perfect, will be well equipped to address and adapt to the autonomous vehicle liability questions that arise in the coming years,” Brookings said.

The public will have to be patient for Google’s self-driving cars to roll on roadways in most of the country in roughly 2020.  For now, Google self-driving prototypes are being tested predominantly in California.