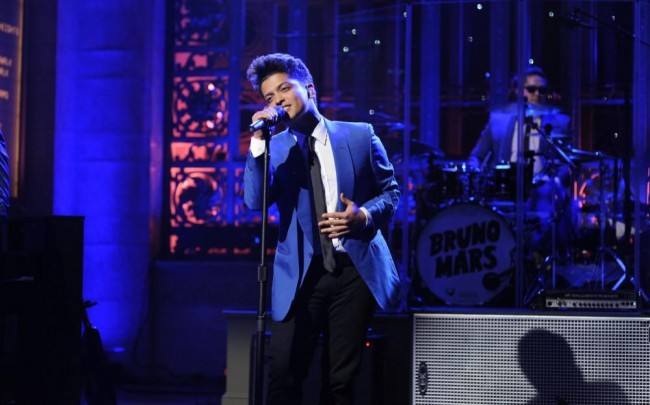 Hawaii announced December 19 as Bruno Mars day, and then once again, Hawaii governor Neil Abercrombie declared Monday, April 21, 2014, as Bruno Mars Day. Usually when a state announces a holiday, it is a one-time event. The new day coincides with his three-day concert that was sold out in Honolulu. He is not the first singer to have a day dedicated to them; in 2008, Honolulu mayor Mufi Hanneman declared a Don Ho Day. According to the governor’s spokesman, Justin Fujioka, all dedicated days proclaimed are for certain days on certain years. In other words, this is a one-time event for this year only.

Mars will be recognized not only for his current work, but also as one of the fastest rising stars of Hawaii. In an interview with Honolulu Pulse, he said that he left Hawaii for the last location on his tour because he wanted to show Oahu how proud he is of from where he comes. He started his career at the young age of four doing Elvis Presley impersonations. Mars’ real breakout was in 2010 with his hit song, Just the Way You Are. Announcing that Bruno Mars was receiving a day again had to have been a great honor, especially because of how much he loves Hawaii.

Since the Super Bowl, his fame has skyrocketed. When asked in an interview if there was any place he could go without being recognized, there was a heavy pause with no real answer. It really should not be surprising since he is considered a big heartthrob today. He has not done any type of interview since his appearance on the Super Bowl. Even his interview with Honolulu Pulse was done over the phone. It seems this singer is doing his best to keep a low profile. He said he does not want to cause a riot and become the reason that someone gets hurt. He had a five-day break prior to his performance in Hawaii, which gave him a chance to catch up with his family. It has probably kept him busy, because Mars has mentioned that he has at least 220 family members living in Hawaii. He also mentioned that the one thing he missed most is Zippy’s, a fast food chain that has been around since the 1960s.

He even said that would be his go-to place if a Zippy’s was ever opened in Los Angeles, California. The three-day concert that was scheduled in Honolulu sold out in less than two hours. They had to stop the last day of the concert as a bomb threat came in, but security swept the area and all was clear. Security also had to boot 10 people from the concert for fighting, but apparently this was unrelated to the bomb threat. Hawaiians will have to remember to not add the second Bruno Mars Day to their calendars due to it being a one-time event. Mars’ career has really taken off in the last four years and he is a true inspiration to other native Hawaiians.