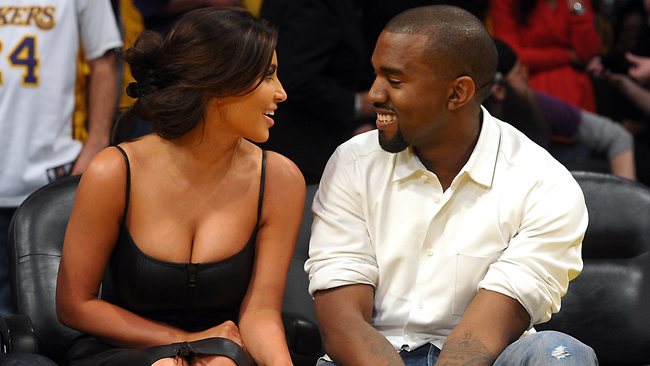 Kim Kardashian and her fiancé Kanye West have decided to take some steps forward in making their bond official. It has been reported that West and Kardashian have obtained a marriage license, and is preparing for a private ceremony in the United States. The ceremony will serve as a pre-wedding. The extravagant power couple has their sights set on Paris, France for the official ceremony. It was raised to their attention that France has a 40-day residency law. Since none of them are actual residents they have to adjust their prior plans.

These two live very luxurious lifestyles and feel that their wedding should reflect that. Over the past few months since West’s proposal in October, they have been scouting locations. None of those locations are state side; West has always expressed he feels more at home in Europe. Therefore, it is fitting for the two to explore their options across the waters. Lately, they have had their eyes on the Château Louis XIV; it is a castle west of Paris. However, that is just location one out of the three weddings they plan to have.

Mr. West and Ms. Kardashian have been building up to this pivotal moment in their relationship for a while now. Every since they started dating in April of 2012 they have been inseparable. That can be due to the fact that Yeezy said he knew he was going to marry Kim K from jump. Ye said he would always dream about Kardashian, and constantly talk about that girl with the long K name. On May 24th that long name is going to get really short. Marriage is the logical next step for them since they are in love, and have started a family together. With baby North in the picture, the idea of having a union is that much sweeter.

With the exclusivity of this event, many folks are clamoring to find out who is on the invite list. There are a select few that are just a shoe in to attend this event. Their wedding is like that exclusive club in Hollywood that everyone wishes they could get into, but there is limited access. That access is only given to close friends, family, and of course the cameras. Therefore, the people who did not make the list can relax at home and watch it on television like Jay-z and Beyoncé. The Carter’s will not be in attendance at the Kimye extravaganza. They have decided to opt out of being on Keeping Up With The Kardashians. However, those cameras have not scared off the other industry big wigs that will be there with bells on.

TMZ reported to the public that the couple has already obtained the necessary documentation in order to move forward. It is possible that they may seal the deal sometime this week at home. If it actually happens the public will be informed soon. Kris Jenner likes to keep every one up to date on the daily happenings of her family.