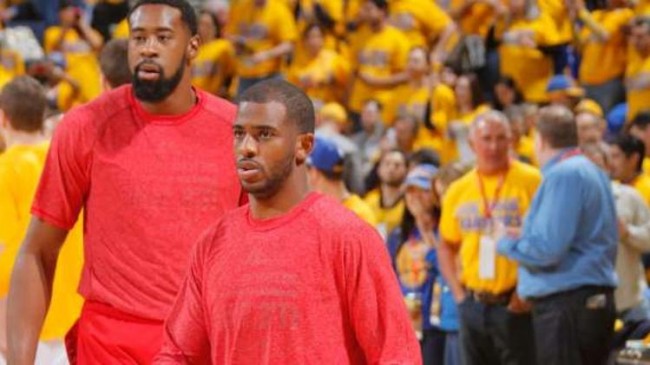 The Los Angeles Clippers franchise has been under a microscope for the past 72 hours due to their owner. On Friday, a tape was released to TMZ, exposing the racist views and opinions of the Clippers owner Donald Sterling. There were many quotes taken from this recording displaying his disturbing feelings towards African Americans. Sterling was heard saying how displeased he was with his girlfriend’s public interaction with blacks.

“It bothers me a lot that you want to broadcast that you’re associating with black people, do you have to?”

The entire recording was a little over nine minutes, and those nine minutes have completely re-shaped the face of the Clippers organization. With the majority of the Clippers team being African American, everyone awaited their reaction. While the fans, players, and legends came forward, the Clippers waited patiently. Eventually head coach Doc Rivers made a statement. “A lot of guys voiced their opinions, none of them were happy about it.” He continued by reminding the media that their focus is Game Three of the playoffs, and their enemy is the Golden State Warriors.

Rivers maintained his composure when questioned about the situation, and he has been praised by how he handled it. Charles Barkley said there was no better man to handle this situation. Reportedly the team had talks of boycotting the game, but that decision was not final. The team collectively decided it would be better to play, and deal with the situation differently. They took to the floor to warm-up like usual, but with one subtle change.

The team decided that they would make their statement to the owner by discarding everything with the Clippers name on it. They turned their shirts inside out, and took off the warm-ups and threw them down at half court. In addition, the Clippers made a conscious effort to play in their alternative uniform, only bearing the name Los Angeles. It was a peaceful way of saying they do not play for the owner. They play for themselves.

The team silently protested with their actions, but some believe that it was not enough. The public is still awaiting comments from the likes of Chris Paul, Blake Griffin, DeAndre Jordan, Jamal Crawford, and Jared Dudley.

After yesterday’s disastrous game, the media pressed the players again for answers surrounding the situation. For the most part, they have all been deflecting the questions. A reporter questioned forward Matt Barnes in the locker room, and he appeared to be agitated. When probed about the Clippers’ scandal he repeatedly said, “We lost.” No one wanted to admit that the thoughts and perspectives of Donald Sterling had affected this game. The team did not appear explosive, shots came up short, and they were clearly out of sync.

Will this situation continue to plague the guys who are playing their hearts out night after night for a title? One cannot be sure until Game Four on Tuesday. The League’s Commissioner plans to have this cleaned up before the next game, but only time will tell. Sterling is the owner of the Clippers, not the face of the franchise. When fans think of the team, it is the players that come to mind. This is a franchise that he purchased for $20 million dollars, which has ballooned to $700 million dollars. It is essential that the people that helped it grow get the appreciation and respect that they deserve. They should not be made to feel like they are not valued assets to this franchise.