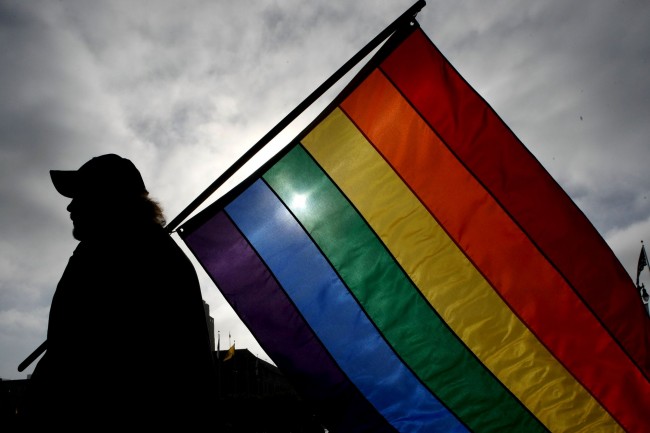 It makes sense that Mississippi, one of the most conservative states in America, would be legislating against the LGBT community. Conservatives in that state have been working towards this goal for years. Senate Bill (SB) 2681 masquerades as protecting religious freedom, which is not under attack at all in the United States, but is really a foot in the door to make discrimination against anyone legal. What is not surprising is the fact that the Mississippi legislature passed the bill, but that the governor of that state signed it and, thereby, has set his state on a trailblazing mission on discrimination based on this new law.

Conservatives had their learning moment back in February when a similar bill came to Arizona Governor Jan Brewer’s desk to be signed. The governor left everyone is suspense, asking would she or won’t she, until she vetoed the bill at the last possible minute. She knew as many Republicans also knew that such a bill would be a monumental mistake for any state to pass. It would affect the local economy which is based largely on tourism and it would create a backlash that would be felt in the upcoming midterm elections. Not wanting to injure her state or her party’s chances of election, she wisely vetoed the bill.

Brewer’s decision was a savvy political move, but it is unfortunate that she did not act out of a desire to protect the rights of individuals from discrimination. Perhaps if she had acted on principle rather than superficial politics, the situation in Mississippi would not have occurred. However, in comparing the two states, there are important differences to note.

Arizona has an economy based predominately in tourism, a fact which John McCain noted in his opposition to the bill. He along with other state senators opposed the bill, no doubt contributing to Brewer’s decision to veto it. It should be noted, as well, that McCain and others from Arizona are generally what Republican hardliners call RINOs (Republicans In Name Only). Despite once being the Republican presidential candidate, McCain is no Tea Party leader and, therefore, is much on the moderate fringe. His voice was seen as a moderate line, not as the overarching Republican ideology.

No such conditions existed for the bill in Mississippi. It is not a state largely interested in tourism, meaning that such considerations did not play a part in the bill’s passing. It is also a far more conservative state than Arizona and the outcry over the bill has mostly been from activists, the ACLU, and members of the state legislature. There were not enough partisan roadblocks in place to stop this new law from rolling forward which allowed it to start the trailblazing on discrimination in Mississippi.

The publicity about the bill has also been under the radar. It has not been a trending topic until perhaps now that the fight is over and that, no doubt, helped it get passed. Unlike Arizona, which was embroiled in news coverage over discrimination instances and the subsequent bill, Mississippi has been quiet. Not attracting too much attention is a good strategy if one of the main roadblocks is going to be public outcry.

The outcry that does exist from the ACLU, gay rights activists, and Democratic members of the state legislature, is not specifically about discriminatory language in the bill, but about the possibility that it could lead to cases of discrimination. There is some irony in this fact since the title of the bill is officially the Mississippi Religious Freedom Restoration Act, implying that religious freedom was somehow being discriminated against. To be clear, there have been no instances of such discrimination, unlike the growing instances of discrimination against LGBT persons. It would seem that the two sides of the debate cannot agree on just who is suffering from discrimination.

The argument against the bill is not that it is directly discriminatory, but that its language is open enough to allow for legal discrimination against LGBT persons. In protecting religious freedom, which is already protected under similar federal laws, the bill defines exercise of religion to include acting or not acting based on “sincere” religious belief, a phrase that is becoming all too common in these debates. That would seem to include denying service to LGBT patrons, which has been the most prominent issue in this debate. That may not be the stated goal of the bill, but it could possibly be an outcome of it.

The ACLU, which opposed the bill, expressed the hope that the bill would not be used to legitimate the use of religion to justify discrimination. It also called the law unnecessary and reaffirmed its commitment to fighting discrimination across the country. Meanwhile, the Family Research Council, a supporter of the bill, celebrated the passage of the bill and said it was a victory for “conscience.” It also stated that the bill was strictly about religious freedom, not anything else. That is hard to believe, however, since the stated view of the organization on homosexuality is harmful to individuals and society and can “never be affirmed,” apparently even by providing service to LGBT individuals or suspected LGBT individuals.

Mississippi’s Senate Bill 2681 has less to do with protecting religious freedom, a right that is already protected, and more to do with opening the way for discrimination against LGBT people, whose protection against discrimination is not wholly protected. The tactic of “protecting religious liberty” has been tried before and failed spectacularly, in part because of widespread outcry, but also because there is simply no need for such protections. It is a blow for the LGBT community, but it is also a blow for opponents of discrimination against anyone. After all, if LGBT people can be discriminated against because of religion, then so can people of different ethnicities or different religions. The possibility of discrimination does not end at just one group. The new law in Mississippi, therefore, is a trailblazing accomplishment that could change everything.