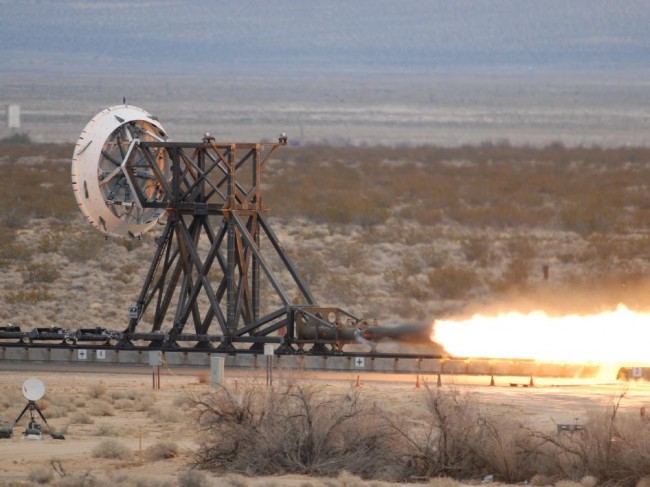 It looks like something out of a grainy UFO sighting video. It’s a bird. It’s a plane. No, it is NASA developing a new supersonic flying saucer vehicle bound to help land massive payloads safely onto other planets, namely Mars.

The Low-Density Supersonic Decelerator, or LDSD, is a disk-shaped module fitted with an inflatable apparatus to help decelerate its approach in foreign atmospheres. The apparatus, dubbed Supersonic Inflatable Aerodynamic Decelerator, or SIAD, will fill inflatable vessels surrounding the ship with pressurized air and slow the craft enough to release a 30-foot parachute and complete a safe landing.

Current methods of landing a craft onto the Martian surface include a skycrane technique that incorporates a system of reverse thruster rockets and tethers to lower a rover onto the surface. This new concept of landing with the SIAD should significantly increase the productivity of transporting payloads to the Red Planet and may eventually allow a human transport.

At the NASA Jet Propulsion Laboratory, scientists have been conducting initial testing on the LDSD with rocket sleds designed to test the effectiveness of its inflatable SIAD system. Next they will be testing the efficiency of the parachute connected to the LDSD. One possible weak link in the build that NASA has noticed is their need for a new parachute design if their flying saucer is to be bound for Mars. The current 30-foot parachute is the same design that has been used for all operations to Mars since the Viking missions of the 1970’s. The ability to land higher payloads, like that which will be needed for humans to survive on the Martian surface, according to NASA, will rely on a bigger parachute to effectively slow the module.

Expected to begin later this year, flight tests will be performed at the Pacific Missile Range Facility on Kauai, Hawaii where a high-altitude balloon will be used to launch a test vehicle to 120,000 feet. Upon reaching that altitude rockets will engage bringing the vehicle to supersonic speeds and increasing the altitude to 180,000 feet. When the thrusters disengage gravity will send the craft hurling back to Earth. At Mach 3.5 (2600mph) the inflatable SIAD system will fill with air slowing the vehicle enough to release the parachute and bring the ship to a gentle halt.

Landing on other planets proposes many daunting calculations. Every foreign atmosphere has different properties that play into the physics of putting a ship on the surface. On the moon, landing craft used a combination of reverse rocket thrusters and engine throttle. Because of the moons lack of virtually any [dense] atmosphere, the back and forth thrust of the displacing rockets could safely negotiate the altitude and land the ship.

The Martian surface, however, has an atmosphere that is thicker than the moon, but much thinner than Earth. Being thinner than Earth’s atmosphere poses a problem for landing via parachute, as it will not create as much drag. Where on Earth parachutes have been used to land payloads over 70,000 pounds, they would simply not be as effective, as a stand-alone method, to land on Mars. The atmospheric difference between Mars and the moon makes reverse altitude thrusters, again, less viable as a stand-alone method for safe landing to the surface.

NASA expects that building should be complete, and the ‘flying saucer’ LDSD project could be ready for its first mission bound for Mars in 2018, though there are no missions yet scheduled other than the near space tests in Hawaii.