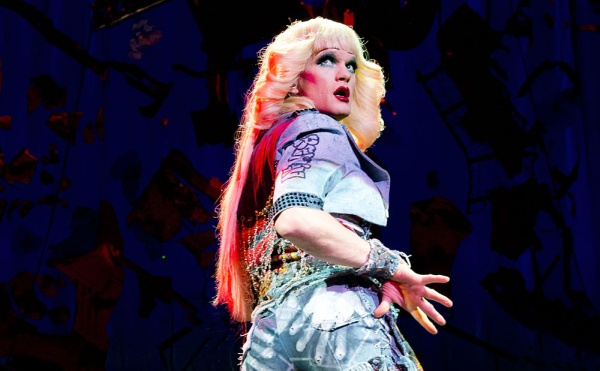 Neil Patrick Harris saw a great opportunity to embrace his character during a recent Broadway preview performance of Hedwig and the Angry Inch. Harris channeled the infamously angry Hedwig during a Broadway preview, when he quipped back at a heckling fan after she screamed, “I love you Neil.” Neil replied to the audience outburst, by saying “I’m doing something up here, motherf—ker!” Harris later Tweeted, “It seems my Hedwig improvs are making news,” adding that he did not shout at a fan, Hedwig did. Hedwig and the Angry Inch is a highly improvisational play about a transgender German rocker who routinely engages with the audience. Following the incident, Harris assured fans that his response to the heckling was merely in-character improvisation.

Harris’ interpretation of Hedwig marks his first appearance on Broadway since 2004. Harris recently finished filming the much-anticipating conclusion of How I Met Your Mother and returned to the stage to captivate audiences as Hedwig, a transgender love-junky carrying a torch for a distant and destructive love affair. Harris’ other Broadway credits include Proof, Cabaret, and a 2004 stage revival of Assassins. Harris has also received four Emmy Awards, three for hosting the Tony Awards, and one for his guest role on Glee.

Neil Patrick Harris admits to having stepped out of his comfort zone in order to channel the troubled Hedwig on Broadway, a role that was previously played by the script’s writer John Cameron Mitchel. During an interview with Out Magazine, Harris told a reporter that playing the role of Hedwig was bringing out a lot of his insecurities about drag, saying he has “lived [his] whole life being attracted by masculinity” and that playing a feminine role proved more challenging that simply learning to walk in stilettos. Harris says he had to undergo a drastic transformation for the role, including losing 20 pounds and learning to act around the “craziest couture outfits.”

Reviews for Harris’ performance have been glowing, and critics have lauded Harris’ stage-presence, applauding his show-stopping performances of the many integral musical numbers in Hedwig. The Backlot called the most recent production of Hedwig and the Angry Inch a “rousing, uproarious, and moving night at the theater.” Critics are applauding Neil Patrick Harris for tackling the bold role of the singing, writhing, gender-bending rock star, who has been identified as Harris’ “Queerest [role] to date.” Harris’ depiction of a transgender woman also comes at a time when public dialogue about trans people is increasing, Jared Leto gained critical acclaim for his role as a trans woman in Dallas Buyers Club, and Lavern Cox has received rave reviews for her role on Orange Is The New Black, recently receiving an award from GLAAD for her work as an advocate for the transgender community. While the story of Hedwig is not the story of a transgender woman in the traditional sense, the touching script has been well received by people of all genders and sexualities who are drawn to Hedwig’s world in which love trumps all obstacles. Hedwig and the Angry Inch originally debuted off Broadway in 1998 is currently in the preview stage, but audiences can watch Neil Patrick Harris Channel Hedwig after the play officially opens to the public tomorrow at the Belasco Theatre.