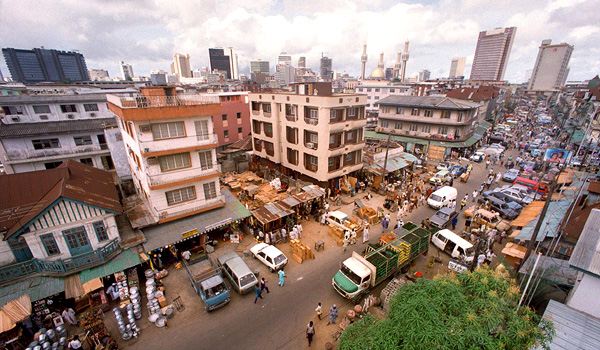 Nigeria has recently eclipsed South Africa as the largest economy in Africa with an estimated Gross Domestic Product of $510 billion. However despite its economic growth, 70 percent of the population lives in poverty. With this just released data on the country’s economic status, Nigeria is the 26th largest economy in the world, however the income per capita is $2,688 per person. The new figure of Nigeria’s GDP is supported by diverse emerging industries; telecommunications, online retail outlets, music, airlines, information technology and Nollywood film production. There are over 100 million cell phone users in Nigeria. Also since democracy was reestablished in 1999, eradicating years of military dictatorship, agriculture and tourism have grown tremendously. The Nigerian economy surpassed South Africa’s $353 million GDP despite having to endure many obstacles and adversities.

Nigeria’s ascension is a breakthrough for Africa. It is indicative of an economy emerging on the global landscape where the population is young and growing fast. It is a validation of foreign companies investing in a country with risky costs. The United Nations predicts that the country of 170 million people will supplant the U.S. in 2045 by becoming the world’s third most populous nation. Procter & Gamble is opening a manufacturing facility that makes diapers, Nissan Motor Company will produce its first few thousand vehicles for Nigeria’s potholed roads and General Electric is improving the electricity infrastructure by pledging $10 billion in new turbines for private power plants.

The Nigerian economy has attracted the attention of institutional investors regardless of many internal challenges. The country is a member of the Organization of Petroleum Exporting Countries (OPEC) and Africa’s biggest oil producer, but it is heavily plagued by oil theft and widespread corruption that is costing the country $20 million a day. An Islamic uprising took the lives of more than 1,200 people this year. Also businesses and residents rely on a sub-standard electricity supply system that is powered by diesel-run generators. Statistics reveal that unemployment is a social epidemic that needs to be addressed. The unemployment rate rose from 12.7 percent in 2007 to 23.9 percent in 2011. The World Bank claims that unemployment is at 38 percent but analysts have a darker view, stating unemployment is high as 80 percent in some parts of the country. One financial analyst says that the recent news of the Nigerian economy being crowned the largest in Africa is not being celebrated among the entire population. It changes nothing for the majority, it does not put more money in bank accounts or more food on the table.

Many claim the announcement of the Nigerian economy being the largest in Africa is a matter of politics not economics. It could propel Nigeria’s chances of becoming a member of the G-20, which currently South Africa is the only African member. It could also fortify Nigeria’s claim for a permanent seat on the U.N. Security Council. Subsiding a military-controlled government has been a major factor in the healthy growth of Nigeria. Ghana’s GDP revealed 60 percent growth when it recalculated its production output in 2012, Kenya and Zambia are considering following suit. Nigerians responded to the recent news of their economy by way of social media, one citizen tweeted Nigeria has dethroned South Africa as the largest economy, but meant nothing to that person because they had to do without electricity for seven days.