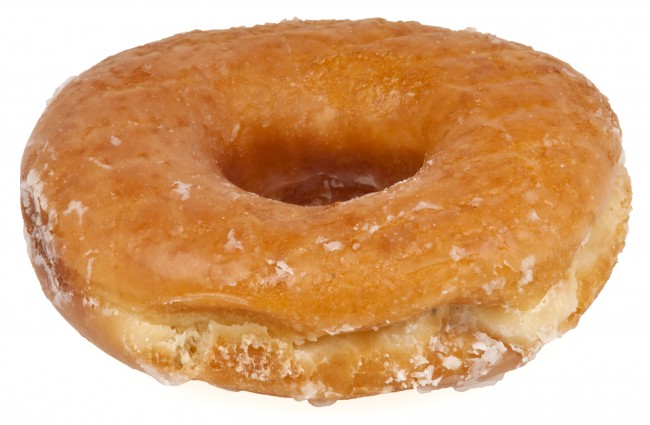 The results of two mind-blowing studies were revealed this week. The first, as reported in the Pediatrics journal and undertaken by the Massachusetts General Hospital for Children and the Harvard School of Public Health, found that kids actually get less sleep with increased exposure to television. This hypothesis is specifically pertinent to children who are allowed TV sets in their bedrooms.  In another report from the How Did You Not Know This Already journal, it was uncovered that parents who provide their children with an unlimited diet of donuts and sugary cereal end up with portly offspring. The news that overfed kids become overweight is sure to send shock waves throughout the medical community.

In a study being dubbed the “Gimme” experiment, 5,000 boys and girls were followed over the course of eight years, beginning only a few months after birth. It was found that 100 percent of overfed children whose parents let them indulge in sweets and other non-nutritious foods found themselves increasing in weight and mass over time. These youngsters comprised roughly one-third of all participants in the study. Sometimes, the research subjects would literally burst out of their clothes in the middle of a meal. One mom, “Jessica,” who fed her child nothing but Twinkies and hot dogs with mayonnaise stated, “I don’t get it. It seems like every time I go shopping for clothes, I have to buy my daughter a larger size of underpants.” While the “Gimme” study does explain that children do grow with age, there also seems to be an undeniable correlation between body size and food intake.

The “Gimme” title was based on the participating children’s requests for food vs. a parent’s willingness to comply. It was found that in households where parents “gave in” to their children’s request for sugary and fatty foods, those overfed kids were more likely to become overweight or even obese. However, in homes where children were fed a balanced diet, and did not always get everything they wanted, there was much less of an increase in weight, cholesterol, diabetes and spoiled behavior. Another parent, “Greg,” weighed in. “I just told my son ‘no’ and he listened. When that didn’t work, I punished him. It was eye opening.”

Another portion of the study was intended to analyze the relationship between diet and exercise. The results here were equally astounding. According to the study, overweight children found themselves “frustrated” and “out-of-breath” when attempting even small feats of athleticism, such as bouncing a ball or using a staircase. Oftentimes this would lead to feelings of discouragement. In turn, consumption of ice cream and beef jerky would often provide consolation for these participants, which in turn caused them to become more frustrated and discouraged when attempting exercise; therefore requiring more food to make them feel better.

One side note to the study was a very small percentage of extremely overweight children who found pride in their size. Being overfed and overweight did not seem to deter these kids (or their parents) from being “happy” or finding contentment. One young, stout little boy, nicknamed Chubbles by his mother, won two cheese eating contests by the age of five: “I love my Chubbles. Every time he wins a contest, we take him to Roger’s House of Sausage for bratwurst and chocolate milk. His favorite!” stated Chubbles’ mom. While young Chubbles may feel pride in his weight at the tender age of six, researchers hypothesize he may, one day, literally explode. Currently, Chubbles keeps a ramp by his bedside, which makes it easy for him to literally “roll out of bed.”