Strange Spring Festivals of the World 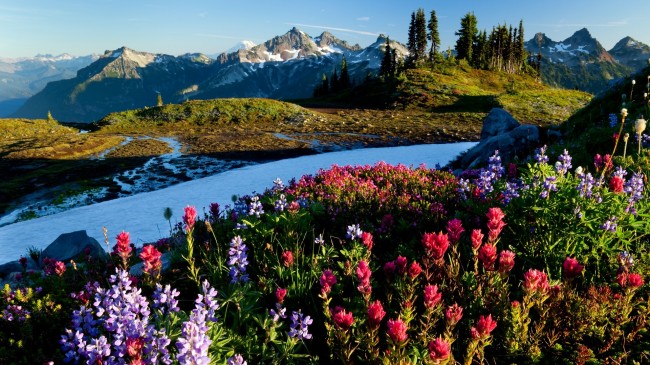 Now that it seems spring has finally really sprung and the strange polar vortex has been went back to where it came from, it is time for other oddities to occur such as strange spring festivals like dancing around fires and snakes and giant elephant processions. Listed below are nine of the weirdest April and May celebrations from all over the entire world.
The Asian sport of Buzkashi is sometimes compared to polo, except instead of using a ball the players think it is more fun to use a goat carcass that has been beheaded. The winners end up with prizes such as motorcycles. This disgusting game is just part of festivals going on during springtime in Kyrgyzstan. 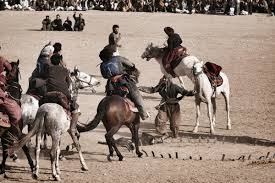 In what has inspired bungee jumping, a tower of wood that is between 85 and 95 feet tall is erected every year on the Island of Pentecost the South Pacific, and then the young men jump off. During what is called the Nagol festival the males from the Sa tribe climb up the wooden mast and with vines wrapped around their ankles, they leap into the air. Injuries and death are very common.

With water filling tiny guns, inside buckets, and even the giant elephants soaking people with their trunks, just about everyone ends up getting drenched during this Thai New Year commemoration. Songkran is basically the world’s largest water fight, but it also stands for the symbolical tradition of washing away the miseries of the past year and starting over fresh and clean. It is also a welcome break from the warmest month of the year in that part of the world. 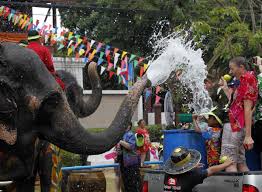 Walpurgis Night takes its name from St. Walpurga which is in close proximity on the calendar, but it is a definite far cry from any religious ceremony. Instead  it embraces its pagan begins, which began as rites against witches and have now turned into ceremonies that celebrate sorcery. There are many different bonfires ablaze and people gather in masses all across Northern and Central Europe. They dress up as witches and warlocks and dance around the fires.

Together with Walpurgis Night is the Beltane Fire Festival in Scotland. Similar to the Europe festivities there are lots of fires burning, and witches and demons dancing around to show thanks that winter has ended spring has arrived. The Celtic jubilee was resuscitated in the 1980’s into a merriment of the area’s pagan background, with over thousands of individuals partaking of the frenzied dancing that was done all around the flames. 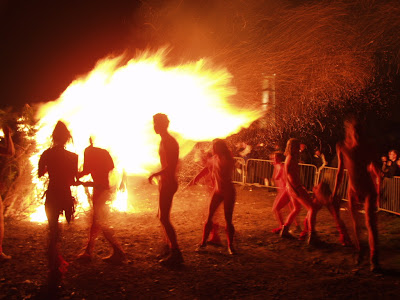 Thrissur Pooram is considered the Super Bowl of elephant parades. It is in the middle of the Vadakkunnathan Temple in India, and there are usually around 30 elephants which are dressed in beautiful ceremonial dress. Mahouts on their backs partake in cautiously choreographed musical performances with parasols. The shows end with an abundance of fireworks.

The Bun Bang Fai Festival is held in Thailand with the biggest celebrations in the Thai city of Yasothon. These rocket festivals conclude their festivities with a homemade rocket launching race. The rockets are conventionally built out of bamboo, or  PVC pipe, and the competition is for the furthest, highest, fastest going rocket. Anyone who has a rocket that is a “dud” get tossed in the mud and is extremely embarrassed.

Water buffalo are vital to farmers living in the Philippines, and in May the creatures are carefully scrubbed, rubbed down with a special oil, and adorned with flower garlands and ribbons and brought to the church. There outside in the square, the huge beasts kneel down to be blessed. It’s the finale of the celebration of the saint day of San Isidro Labrador, the patron saint of farmers. There are also water buffalo parades and races. 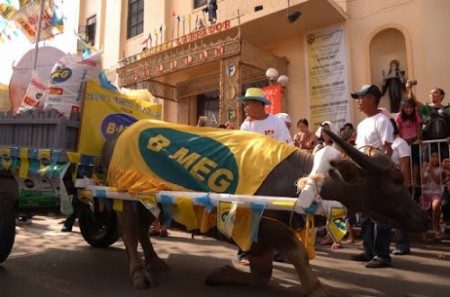 In Gloucestershire, England they enjoy chasing a nine pound wheel of Double Gloucester cheese down a rather steep hill. The Cooper’s Cheese-Rolling competition frequently ends up with numerous injuries, but that has not stopped the passion for the festival from going worldwide. In fact an American ended up winning the cheesy race just last year at this time.

With the arrival of spring comes some of the strangest festivals held anytime on Earth. Listed above were just some of them that individuals use to welcome the season of spring .