Sylvia Burwell May Be the New Face of Obamacare 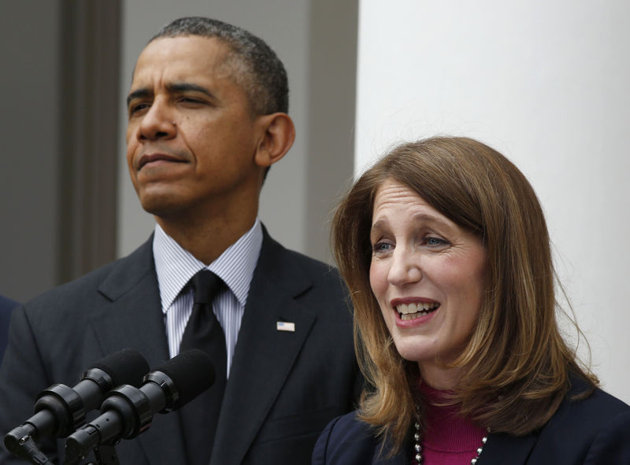 After the news, Thursday, of Kathleen Sebelius’ intended resignation, White House Officials are confirming that President Barack Obama has selected Sylvia Mathews Burwell to be appointed as the face of the Affordable Care Act (Obamacare) as the new health secretary.  Sebelius, currently secretary of the Department of Health and Human Services underwent heavy criticism regarding the rollout of the Obamacare website, and if confirmed Burwell will take over the vacant post.

Sebelius, 65, was sworn in as the secretary for the Department of Health and Human Services in 2009, where she was very influential in helping to establish the basic fundamentals of the Affordable Care Act. In response to the backlash about the initial faults and waiting periods of the Obamacare website, Sebelius responded in an interview, “people in this country have waited too long for affordable healthcare for themselves and families…so waiting is not even an option.”

Unlike Sebelius, Sylvia Burwell has very limited experience in the health care field, but it may be because of her technocratic expertise why the President has chosen to nominate her as the new secretary of the Department of Health and Human Services, and to face the future challenges of the Obamacare program. Burwell, currently President Obama’s budget director, has been credited by Obama for decreasing the annual deficit by over $400 billion, since she was reassigned to the White House, where she previously worked under the Clinton Administration.

At a ceremony held at the White House’s Rose Garden, this week, Obama hailed Burwell as one who is able to handle tough challenges and a proven manager who knows how to deliver results.  Obama also reflected on Sebelius’ tenure as being an historical one for serving the people of the United States when it was warranted that quality and affordable healthcare become the right of every American citizen.

“A relentless and proven manager,” says Brian Deese, deputy in Burwell’s budget office, as he commented in an interview about the 48 year old Burwell, who has quite an impressive resume. Her past titles included deputy chief of staff under Bill Clinton’s term in office, and also Chief of Staff to Ex-Treasury secretary Robert Rubin. Burwell also worked for the Bill and Melinda Gate Global Development Program from 2006 to 2011 and also as the President for the Wal-Mart Foundation in 2012.

Burwell may have some difficulties being confirmed for her prospective post if the Republicans have their say. There have been numerous discussions within the corridors of congress about Republican’s opposition to the Affordable Health Care Act and Burwell may just be used as the prized scapegoat by members of the Republican Party during her appointment hearing processes.

A graduate of Harvard University in 1987, the prospective new face of Obamacare, Sylvia Burwell has been a Director at Metropolitan Life Insurance since 2004, she later resigned last year. Burwell’s 9 year experience at MetLife will be beneficial if she is able to add secretary of the Department of Health and Human Services to her resume. Currently the Obamacare website, healthcare.gov, has reached a signup rate of over 7.5 million people.