Syria Chemical Attack Back in Conversation 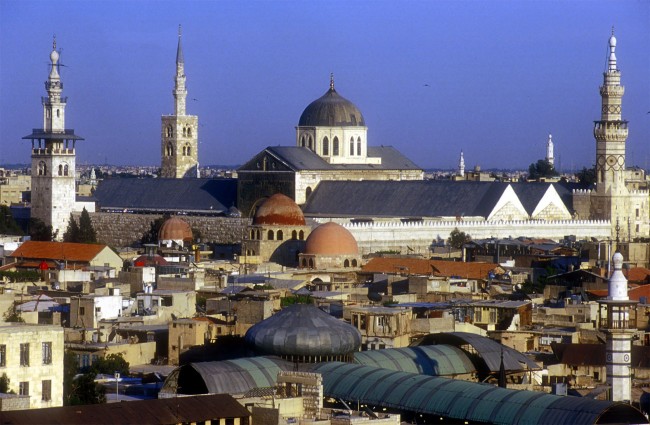 Last August, when a chemical attack launched in the capital Damascus killed and injured hundreds of people, both sides of those at war were quick to blame each other. The opposition rebel groups said the attack was carried out by the Assad regime, while the Assad regime blamed the rebels for the attack, citing that it was a provocation meant to drag other countries into the war. Although it was easy for many to believe that Assad’s military was responsible for the attack, there was no definitive proof available to say for sure who the responsible party was. On Friday, another chemical attack was inflicted on a village north of Damascus in Syria, bringing chemical attacks back in conversation. The two sides have once again started shifting blame at each other. However, the Syrian government agreed to the world that all of their chemical arsenals would be disposed of.

In response to the first major chemical attack in Damascus last August, the U.S. said that Syria crossed the “red-line” and that the American military would respond with military action. This brought a swift response from Americans, and the response was an overwhelming “no.” The reasoning behind many, was that getting dragged into a bloody civil could be dangerous for all involved, including innocent people still living in Syria. Throughout the country, many civilians voiced their concern and dismay for possible air strikes from America. Ultimately, America did not target any strategic stronghold in the Syria, and the war has continued to wage on.

Now that another chemical attack has ensued in Damascus yet again, and with the Syrian government purportedly having disposed of all their chemical weapons, it looks to many throughout the world that rebels could easily be responsible. According to recent reports from the U.N. and chemical weapon watchdog groups, however, Syria has prolonged the destruction of their chemical arsenals. Now that many are witnessing a familiar situation, and the United States government has yet to issue a response, which would place blame on one side or the other, violence will continue; a statement corroborated by the Syrian National Coalition. The statement, which can be found on their website, said that if no international response is drastically brought up, the Assad regime will continue “gassing children, women, and men.” This corroboration helps to legitimately bring chemical attacks back into conversation.

When Russian President Vladimir Putin had an op-ed published in The New York Times last fall, he lambasted the United States for deploying military naval ships on the sea outside of Syria. He made note of the lack of evidence that could implicate Assad and his men from the sarin gas attack. In the op-ed, he pivoted the blame to the rebels, saying that they were trying to trick other countries into toppling the government for them. This is a view that Putin himself did not provide proof for, which was the crux of his anti-American narrative; this has encouraged many schools of thought in the U.S. to brush the article off.

Perhaps why it is so difficult to place sole blame on rebels, according to experts who have analyzed and worked with the opposition, is because the rebel group is not uniform. In the past year, the opposition has been divided into four different rebel groups: two different al-Qaeda divisions that disagree with each other’s tactics, the Al-Nusra group, and the regular al-Qaeda organization that the world is familiar with. Then there is the Free Syrian Army, the rebels in the country that care about the future stability of the country, and the Islamic Front. Much infighting has occurred between all the different rebel groups. If the Assad regime wants to place blame on rebels for the chemical attacks of last year and this month, many believe that he would do well to name a specific opposition group. However, because his government has not done that, and they still hold on to chemical weapon strongholds they promised they would dispose of, experts and rebels are valid to blame the government, according to foreign affairs specialists, news outlets, and the people of Syria. For the foreseeable future, though, chemical attack conversations are back into play, and it is unlikely to go unnoticed.